How Kenya Turned to Social Media after Mall Attack 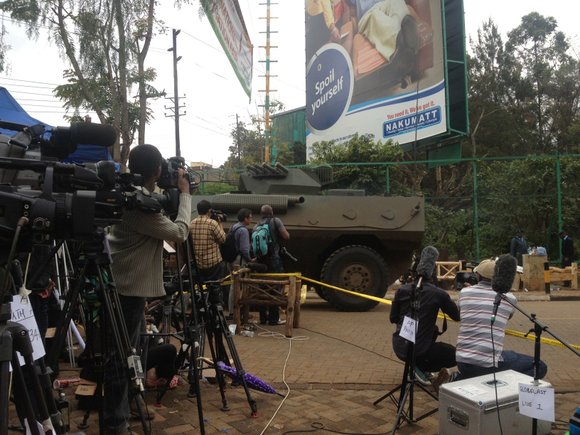 Editor's note: Daudi Khamadi Were is director of projects at Ushahidi, a Kenyan technology company that specializes in developing free and open source software for information collection, visualization and interactive mapping. 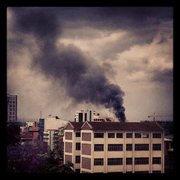 CNN iReporter Juulia Laakso said, "We could hear gunshots during this morning and afternoon, and the helicopters flying around are very loud. My colleague also heard the explosion right before the smoke started. At the moment pretty much nothing happening, just black smoke clouds coming from the mall and most companies are planning to head home. People seem upset but still very calm."

Getting heard and understood in Westlands, Nairobi, on a typical Saturday afternoon is a challenge. You would have to compete with noise from the constant traffic, the shouts of the road side vendors, music from matatus -- Kenya's colorful (and loud) public transport minibuses.

On the afternoon of Saturday 21 September 2013 you would have had to compete with the additional noise of gunshots and grenades as a group of ruthless and well-drilled militants launched a brutal attack on the Westgate Shopping Center at the heart of Westlands. At least 61 civilians and six Kenyan security officers died in the attack and rescue efforts, President Uhuru Kenyatta said Tuesday.

Information on the attack on Westgate was first broken on social media as those in the mall and its environs flooded their Twitter, Facebook and Instagram accounts with text and images.

The amount of information being generated quickly turned into a flood as more and more people started posting or sharing information that was previously posted. Just like on the streets of Westlands on a busy Saturday afternoon, getting heard on the streets of Kenya's social media was a big challenge.

This is not surprising. Kenyans increasingly go online to share and look for information. Information on the large fire at Jomo Kenyatta International Airport in Nairobi on August 7 first broke on social media. Social media was one of the key sources of information for Uchaguzi, the citizen centered election monitoring website that was deployed for the Kenyan general election in March.

Previously Kenyans have used Twitter to organize carpooling during a strike by public transport operators by sharing information using the hashtag #carpoolKE and even to find out which petrol stations had stocks of fuel during fuel shortages using the hashtag #findfuel. Ordinary Kenyan citizens have learned how to use social media and other digital tools to amplify their voices in order to have impact.

Research by Portland and Tweetminster in 2011 found Kenya as Africa's second most active country on Twitter after South Africa.

What is new is the increasing presence of official Kenyan government accounts on social media. President Kenyatta's election campaign invested heavily in its social media and digital communication, and this has continued in government.

At security agency level, the Ministry of the Interior and Coordination of National Government, the Kenya Defense Forces, the Kenya Police Service, Kenya's National Disaster Operations Center, Kenya's National Steering Committee on Peacebuilding and Conflict Management all have active and regularly updated accounts on Twitter. During the Westgate crisis these accounts have been updated with official government information on operations and casualties.