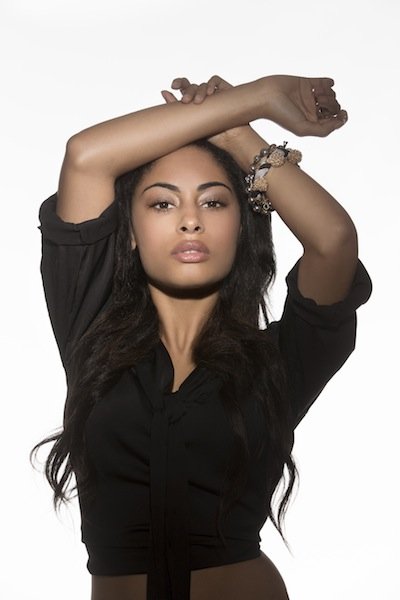 “I am very excited that my fans will be able to finally hear what I have been working on through a labor of love the past year. I am so thankful to Roc Nation for the support they’ve shown me thus far. To have my music on such a great label is such a blessing and I can’t wait for everyone to hear what I have up next!”

The 17 year old triple threat is best known for her character Brittany Pitts, daughter of Saber retired football player Jason Pitts on the popular primetime series ‘The Game’ that includes co-stars Brandy, Lauren London and more. Katlynn’s music will be featured throughout the current season. Prior to the release of ‘Beautiful Lie’, Katlynn released her first viral single ‘Let Me Go’ produced by Grammy nominated producer Cedric ‘Dabenchwarma’ Smith.

To learn more about Katlynn and to hear additional music log on to her personal website www.KatlynnSimoneWorld.com

See our interview with Katlynn when she visited Houston.

BET's The Game Katlynn Simone, a Houston Native sat down with Jo-Carolyn Goode of Houston Style Magazine. She talked about her debut single "Let Me Go", upcoming movie roles, TV roles, and her beginnings in Houston! Visit www.katlynnsimoneworld.com and keep up with @KatlynnSimone on twitter and IG. #KatNation