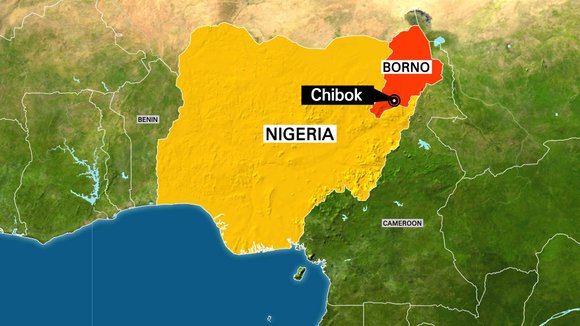 Nigeria's military combed the woods in search of more than 100 school girls who were abducted earlier this week by Boko Haram Islamists, authorities said Wednesday.

KANO, Nigeria (CNN) -- In an embarrassing blow to its perception from an increasingly skeptical public, the Nigerian military retracted Thursday a report that nearly all the 129 girls kidnapped this week from a school by suspected Boko Haram militants had been released.

Just hours after one of the parents of an abducted girl claimed the Defense Ministry had lied Wednesday about all but eight girls finding freedom, the military issued a statement from the director of defense information that the initial report was "not intended to deceive the public."

Maj. Gen. Chris Olukolade's statement didn't indicate how many of the girls were unaccounted for as of Thursday.

It said only: "The number of those still missing is not the issue now as the life of every Nigerian is very precious."

Distraught parents have waited for news for four days, putting their faith in a military rescue, said Lawan Zanna, father of one of the students.

They feel "shock and disbelief" that the government resorted to "blatant propaganda" and a "blatant lie." Parents now wonder if the military is even trying to rescue their children, he said.

Olukolade said the military received a "major breakthrough" report from a reliable source that supposedly included information from the principal at the school from which the students were taken Monday night by gunmen.

But the principal denied having done so. "I never made that claim to anybody," said Asabe Kwambura, principal of Government Girls Secondary School in the northeastern town of Chibok.

"A total of 14 out of the 129 students taken away managed to escape and the rest are still being held by their captors," Kwambura said.

Olukolade called the discovery of the misinformation an "unfortunate development indeed."

How many are still missing?

But the principal and Zanna each put the number at 14. Three girls escaped their captors Wednesday and were returned home by herdsmen, Zanna said. Some other girls escaped from a broken truck as the abductors stopped, he said.

The military said "ongoing frantic efforts" of security forces, vigilante groups and hunters are attempting to find and free the students.

Rescue teams, aided by surveillance helicopters, were moving deeper into the vast forest that extends into neighboring Cameroon and other states in the region, Ali Ndume, a senator representing southern Borno state, said Wednesday.

A broken-down truck believed to have been part of the kidnappers' convoy was found at the edge of the forest, which suggests the abductors took their hostages into the woods on foot, he added.

Escaped kidnapping victim: We 'ran into the bush'

The incident began Monday night, when militants engaged in a gunbattle with guards at the boarding school, and then herded the students onto vehicles and drove off, authorities said.

"They left with us in a convoy into the bush," said one girl who escaped, but, citing security concerns, declined to identify herself. "A group of motorcyclists flanked the convoy to ensure none of us escaped."

When a truck broke down, the girls inside were transferred to another truck and the broken one was set afire, the girl said.

Another vehicle then broke down and, as the men tried to fix it, "some of us jumped out of the vehicles and ran into the bush," she said. "We later found our way back to Chibok."

Boko Haram means "Western education is sin" in the local Hausa language. The Islamist militant group is waging a campaign of violence in northeastern Nigeria, particularly in Borno, Yobe and Adamawa states.

The militant group has bombed schools, churches and mosques; kidnapped women and children; and assassinated politicians and religious leaders alike. Human Rights Watch says more than 3,000 people have been killed in Boko Haram-related violence in the past five years.

Armed militant groups in Nigeria's northeastern region are nothing new, but Boko Haram has taken the violence to unprecedented levels since 2009.

In early March, Borno closed its 85 secondary schools and sent more than 120,000 students home after increasing attacks by the group. Chibok is in Borno state.

Borno is one of three states under a state of emergency since mid-May.

UNICEF has called for the girls' "immediate and unconditional release."

The agency "is deeply concerned about the persistent trend of attacks on schools in Nigeria," UNICEF Regional Director Manuel Fontaine said. "Most recently, unidentified gunmen killed 53 children between 13 and 17 years old at the Federal Government College, Buni Yadi, Yobe State, in February."

British Foreign Secretary William Hague was among the world leaders condemning the kidnappings. "We stand ready to provide assistance to help the Nigerian government ensure that these children can be returned to their families in safety, and to bring to justice those responsible" for the "cowardly act," he said.

CNN's Josh Levs and Vladimir Duthiers contributed to this report.