Alcoholism: Speak Up to Save a Life 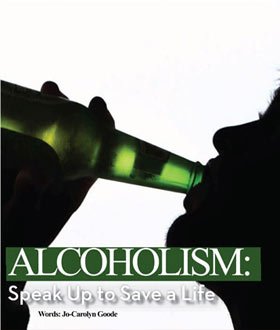 Some say a party is not a party without it. While others will argue it is not needed to have a good time. Whatever side of the alcohol debate on which you stand one thing is certain, Houston we have a problem! Out of about 5 million people, at least 50% have issues with alcohol. Alcohol misuse accounted for 88,000 deaths in the state alone at the end of last year. It is beyond time to stop ignoring the problem and speak up to save a life.

Alcoholism is a term that society can readily recognize but in the professional arena alcoholism is really defined as alcohol dependence. According to Lori Fiester, LCSW, BRI II Center for Recovering Families Director of Treatment Services at The Council on Alcohol and Drugs Houston (CADH), alcohol dependency is the physicality of a person’s state since when one misuses alcohol the brain’s changes and the person’s physical components out weigh rational and/or emotional thinking.

Breaking down alcohol abuse into 4 categories, Fiester paints a clearer picture of when alcohol goes from use to abuse. The first category is familiar to a lot of people, the use of alcohol. A fun night out with friends might be enhanced to include a cocktail or two. It is not your focus or priority. You can love it or leave it. It is simply a drink. Use graduates to misuse when one indulges more than one should and pays for it the next day. After the hangover sets in you think I probably should have just stopped with the second drink. The danger zone is crossed when entering the abusive stage. This is when one drinks despite the consequences. It is the first red flag that a problem could is brewing. The second flag is when abuse becomes dependency. Drinking is now your primary focus and takes precedence over everything in your life. You literally can’t stop drinking.

One of the first steps of recovery is recognizing that the problem even exist. Often it is family and friends that see the signs before the person who is alcohol dependent realizes there is a problem. Noticeable behavioral changes like missing work and taking risks of drinking and driving occur more frequently. Personal relationships will change as the person may become distance or angry.

CADH cautions families and friends who see these initial signs from diagnosing the disease as they are not licensed or trained professionals. Instead they encourage them to make the person aware of the behaviors Fiester says that is where a lot of families and friends fail their loved ones. They see the cries for help but don’t know what to say or do so most often they do nothing. Family and friends are vital to the recovery of anyone suffering with alcohol dependency so they must speak up. Start the conversation with “Hey, I am really concern about you” and tell them what you have witnessed them do that concerns you. Families and friends need to let the person know what behaviors they are witnessing and give them information on where to go to get help at places like CADH.