Guardians Of The Galaxy Already Breaking Records For 2014 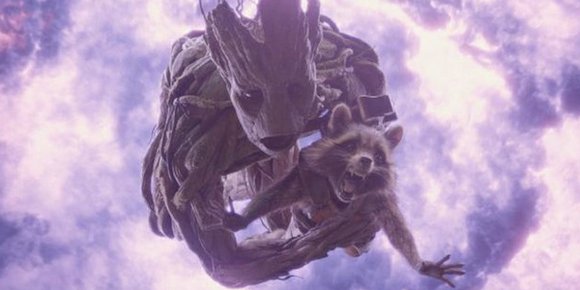 Guardians of the Galaxy hasn’t even opened in theaters, and already, it’s breaking records. Some at Marvel might have questioned the marketability of superheroes not named Thor and Captain America. This news should make them breathe a little easier.

Fandango reports that James Gunn’s Guardians of the Galaxy "is poised to be the biggest August pre-seller in Fandango’s history, far outpacing advance sales for the previous record-holder, Matt Damon’s 2007 The Bourne Ultimatum, and pacing to be this year’s #1 non-sequel pre-seller, beating the previous record-holder, The LEGO Movie." Wow, that’s an impressive accomplishment. Those of us tracking the potential for Guardians worried about a few factors that might have counted against it. Chris Pratt, while charming, isn’t a bona-fide leading man yet. The characters include a talking raccoon and a tree hero. No one knows who the Guardians are.

Fandango researched those ideas and came back with great statistics, all leading into the early success of Guardians of the Galaxy.

Fandango has surveyed more than 1,000 "Guardians" ticket-buyers on its site and found that:

95% are attracted by the film’s off-the-wall humor;

87% plan to attend the movie with a group of friends on opening weekend;

85% are looking forward to seeing Chris Pratt in his breakout role as Peter Quill ("Star-Lord");

73% claimed the movie’s retro soundtrack made them more excited to see it;

58% were previously unfamiliar with the "Guardians" comic books.

That last stat is the most telling, as Marvel likely was facing an uphill battle in promoting this movie because it wasn’t populated with household names like The Hulk or Spider-Man. This means that Marvel’s promotional duties on behalf of Guardians of the Galaxy have been top notch, and the fact that 80% of people polled want to see "additional" Guardians movies bodes VERY well for the recently confirmed Guardians of the Galaxy 2.