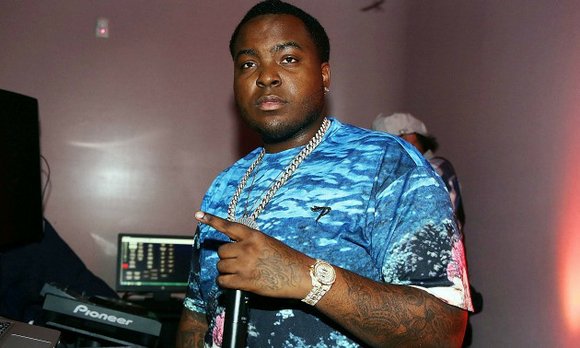 Over the weekend, Kingston parked his white Lamborghini close to the famous Los Angeles intersection Hollywood and Vine. Seemingly out of the blue, a flatbed truck pulled up and hooked it up for towing. Sources claim Kingston fell more than six months behind on the lease of the expensive Italian vehicle.

Kingston has had two other luxury cars taken twice earlier in the year. His Bentley was repossessed as it was parked in front of an upscale hotel in Hollywood on March 26. Sean tried to stop the repossession of the Bentley and a fight erupted between the repo men and Kingston’s entourage. A mere week prior to the Bentley repossession, Sean Kingston saw his Mercedes G-Class ripped from his grasp as he fell more than three months behind on the payments.

Sean Kingston has not commented on the recent repossession, or any of them, for that matter.