The Lestat Movie Is Definitely Happening, But Who Will Direct? 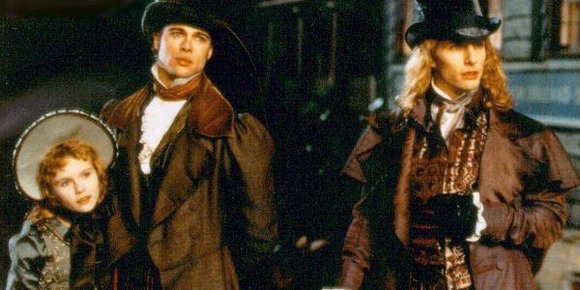 Earlier this month, Anne Rice fans had reason to rejoice as Universal Pictures scooped up the rights to the entirety of the author's Vampire Chronicles. Now it seems plans to resurrect this forgotten franchise are heating up with rumors of a writer-director being hired.

The Wrap reports The Fault In Our Stars helmer Josh Boone is being considered to adapt Rice's books into a new film called Lestat. However, Imagine Entertainment, which will be working with Universal on The Vampire Chronicles' adaptation, is calling this claim "completely untrue." Regardless, Brian Grazer, Alex Kurtzman, and Roberto Orci are set to produce the pic, and The Wrap is dropping details from a source they are standing by even after the denial.

As fans of Anne Rice have probably guessed from the title Lestat, this will not be a remake of the 1994 drama Interview with a Vampire, which famously starred Brad Pitt as the moody Louis de Pointe du Lac and Tom Cruise as the charismatic and devilish vampire Lestat. Instead, Lestat is said to be a movie inspired by the second and third books of The Vampire Chronicles, namely The Vampire Lestat and The Queen of the Damned. Of course, that means it's still a remake, as these were combined to make the painfully vapid Queen of the Damned in 2002.

If The Wrap's reporting proves accurate, that major misstep -- which cast Stuart Townsend as Lestat and Aaliyah as the Queen Akasha -- will be cast out of the movies' canon, and we can all forget it ever happened. This new Lestat is expected to veer far closer to the source material than Queen of the Damned did. With 20 years having passed between Interview with a Vampire and Lestat's resurrection, Tom Cruise is not being considered to reprise the title role. No mention is made who might be considered to replace him, but it seems safe to assume Stuart Townsend need not apply.

Josh Boone might seem a strange pick for Lestat, but only at first blush. Yes, The Vampire Chronicles are rich with blood, gore, and horror, but at their core they are romantic dramas, which is a genre Boone tackled head on with The Fault In Our Stars. And then, adding to his horror cred, he's already lined up to helm the loyal adaptation of Stephen King's The Stand, which boasts a draft by Boone that has won the approval of King himself.

Lestat isn't the only Vampire Chronicles project under construction. Imagine optioned The Tale of the Body Thief back in 2012. From there, they hired Christopher Rice, son of Anne Rice and author in his own right, to craft its adapted screenplay. Together, these projects could mean a fresh resurgence in vampire drama, the kind where blood and regret didn't include glittery day-walking vamps. The door could be opened to future adaptations of Memnoch The Devil, The Vampire Armand, Merrick and well as the upcoming Prince Lestat. But it could all depends on the performance of Lestat.