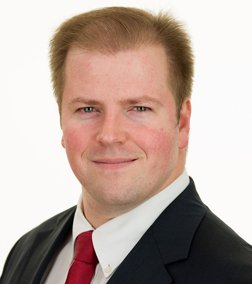 HOUSTON (Monday Dec. 1) - Deputies began patrolling parking garage ramps and sidewalks in golf carts in late November and 10 new lawmen will be hired as the Precinct 1 Constable’s Office puts its stamp on oversight of security at the courthouse complex.

Commissioners Court authorized the hiring of the 10 deputies last month, and Precinct 1 expects to eventually hire at least an additional 10 that will be assigned to security at and around the courthouses, the Harris County Administration Building and other downtown county buildings.

“There will be a noticeable increase in uniformed deputies,” said Precinct 1 Constable Lt. Robert Becker, who is helping oversee court security. “Our goal is to make the downtown complex a safer place.”

District Clerk Chris Daniel said, “I applaud the steps that Precinct 1 is taking to make the courthouse complex more secure for my employees and visitors to the courthouses.”

Precinct 1, headed by Constable Alan Rosen, deployed two golf carts that include the precinct’s logo and are equipped with law enforcement gear. Deputies in golf carts will patrol the area around the courthouse complex, including county garages.

“Their maneuverability will allow us to go through and patrol the parking garages. They’ll be regulars to calls for service,” Lt. Becker said.

District Clerk Daniel and other county administrators called for an increase in security during the summer. In June, a man due to appear in court as a defendant in a criminal case exposed himself to two women, both county employees, in the tan garage at Congress and Austin, across from the Civil Courthouse. Deputies from Precinct 1 caught the man and charged him with indecent exposure. A man punched a DCO worker in the face in June while she was walking to her parked car several blocks from the Criminal Justice Center.

Commissioners Court put Weiser Security, which runs screening operations at the courthouses, under the oversight of the Precinct 1 Constable’s Office in September with the hope that direct supervision by a law enforcement agency would enhance safety. Weiser had been under the supervision of the county Facilities, Property and Maintenance department. Precinct 1 already has added deputies to bike patrol duty at the courthouse complex.

In addition to crimes in the area, county employees and visitors to the courthouses regularly encounter homeless people begging for money, orating about an obsession or blocking sidewalks.

The relationship between the homeless, on the one hand, and courthouse employees, lawyers and regular courthouse visitors, on the other, is sometimes uneasy. Most DCO employees are accustomed to the urban, hard-boiled atmosphere at the Criminal Justice Center, where gang members, defendants and their relatives pack elevators with court staffers, prosecutors and criminal defense lawyers. But even a veteran DCO administrator was taken aback when he went into a CJC men’s room in the summer and came upon a naked homeless man giving himself a sponge bath.

In addition, staffers at the District Clerk’s Office who are sympathetic toward the plight of the homeless have even complained about sharing elevators with some street people who reek of incontinence.