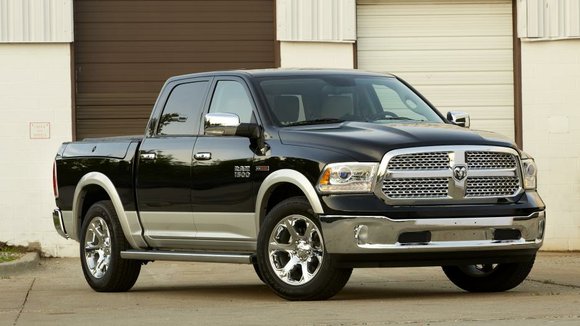 Chrysler Group led major automakers in posting robust November sales, setting the pace for what is forecast to be a stellar month for the industry.

GM and Chrysler today both estimated the seasonally adjusted annualized sales rate for light vehicles will top 17 million units in November. That would give the industry two months above 17 million for the first time since 2006. August came in at 17.5 million.

“The buzz around Black Friday helped drive strong showroom traffic but there was a lot more at work in the market,” Kurt McNeil, vice president for U.S. sales operations at GM, said in a statement. “More people have jobs and job security, their wages are starting to increase, household wealth is growing and low pump prices look like they’re here to stay through 2015.”

At Ford, it was the third month in a row U.S. volume has fallen as the company retools U.S. plants that build the F-150 pickup -- the nation’s top-selling vehicle. Deliveries slipped 3 percent at the Ford division but jumped 21 percent at Lincoln.

Fiat Chrysler’s U.S. incentives in November averaged $3,027 per vehicle, up 3 percent from November 2013, but down 2 percent from October, TrueCar estimated.

“We had 11 vehicles last month that set new sales records,” Reid Bigland, head of U.S. sales for Chrysler, said in a statement.

Audi said it surpassed -- over the Thanksgiving weekend -- its previous full-year U.S. sales record of 158,061 vehicles set in 2013. The Volkswagen Group’s luxury brand has established annual sales records in each of the past five years. The VW brand’s 3 percent gain, to 31,725 units, was its second consecutive increase after 18 monthly declines.