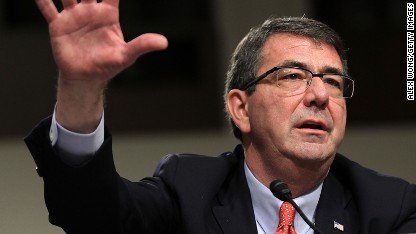 WASHINGTON (CNN) -- With six years and dozens of cabinet nominations under his belt, President Barack Obama has learned that first picks don't always work out.

That lesson, introduced before he even took office, is only made clearer by the process of replacing outgoing Defense Secretary Chuck Hagel. The top names on the White House "shortlist" -- which included former high-ranking Pentagon official Michele Flournoy, Homeland Security Secretary Jeh Johnson and Rhode Island Democratic Sen. Jack Reed -- all withdrew themselves from consideration.

Obama's expected pick, former Pentagon number two Ashton Carter, was on the shortlist too. But reports he'd been selected for the job only emerged after the others dropped out.

The letdown of going with second (or third) choices for cabinet positions isn't new for Obama. Here are other first picks who didn't make it:

When Secretary of State Hillary Clinton left her post following Obama's re-election in 2012, Susan Rice quickly emerged as the frontrunner to replace her. Then the U.S. ambassador to the United Nations, Rice was seen as a close Obama confidante who had earned the his trust beginning with her work as a policy adviser during the 2008 campaign.

But her prospects of becoming the nation's top diplomat faded amid uproar over her statements about the September 2012 attacks on the U.S. mission in Benghazi, Libya, which Republicans claimed were misleading.

Obama consistently defended Rice from the attacks, even saying that if Republicans wanted to go after someone in the administration on Benghazi, "they should go after me."

But anticipating a drawn-out and rancorous confirmation process on Capitol Hill, Rice withdrew her name from consideration.

In a letter to Obama, she wrote "the confirmation process would be lengthy, disruptive, and costly -- to you and to our most pressing national and international priorities. That trade-off is simply not worth it to our country."

Obama eventually picked then-Sen. John Kerry for the post, and Rice moved into the White House as the president's National Security Adviser.

Before he was even sworn into office, Obama had felt the sting of a first-choice nominee being stymied by controversy.

Tom Daschle, the former Senate Majority Leader from South Dakota, had been a staunch and important supporter of Obama's, endorsing him almost a year before early primaries and caucuses in 2008. His name (along with many others) was even floated as a potential vice presidential pick.

When it came time to name a nominee for Health and Human Services secretary, Daschle was a natural choice. Obama announced his pick in December 2008, after he had won the election but before he took office.

Two months later, the nomination was in shambles: Daschle admitted failing to report $15,000 in charitable donations and conceded he hadn't reported using a car service. That was after he was forced to pay $140,000 in back taxes.

Recognizing the political firestorm ahead, Daschle withdrew his nomination. Later, Obama admitted he made a mistake in how he handled the process.