Madoff employee gets 10 years in prison 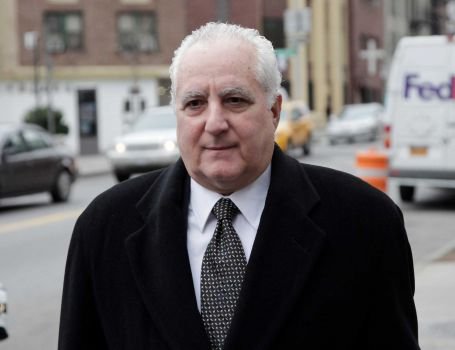 Prosecutors argued that the length of time Bonventre spent working for Madoff made it impossible for him not to know, especially considering their senior positions with the firm.

NEW YORK (CNNMoney) -- He spent the past few decades working for Bernard Madoff. Now he'll spend a decade in prison.

Dan Bonventre, 68, was sentenced Monday to 10 years in prison for helping Madoff orchestrate the largest, most damaging Ponzi scheme in history, and for helping to conceal the fraud from investors and regulators.

In reading the sentence, Judge Laura Swain of U.S. District Court in Manhattan said she didn't believe that Bonventre was "fundamentally corrupt," or was aware of the scale of the Ponzi scheme he was participating in.

However, she believed that Bonventre's "cavalier participation in the fraud" justified the sentence.

Bonventre, who was wearing a suit and an electronic ankle bracelet, read a long statement blaming Madoff for everything.

He said that he never intended to harm anyone, but learning he had hurt so many people "fills me with horror and profound sadness."

Four other former employees of Madoff are expected to be sentenced later this week.

Bonventre spent over 40 years working for Madoff, starting as a 22-year-old clerk and eventually working his way up to a managerial position making $1.3 million per year.

Bonventre worked for Madoff until shortly after his arrest in 2008, when his long-running Ponzi scheme finally fell apart after burning through about $20 billion that was stolen from thousands of investors. He was convicted in March after a six-month trial.

Bonventre's lawyers submitted pre-sentencing letters to the judge from friends and neighbors describing how helped people in need.

"Dan Bonventre is a good and decent man who was manipulated by the most deceitful psychopath of all time," wrote his defense team in a document to the judge, where they criticized the "over-the-top" prosecutors with "the naked vengeance that they urge as they clamor through their sentencing submission with language all but evoking lighted torches and pitchforks."

Prosecutors argued that the length of time Bonventre spent working for Madoff made it impossible for him not to know, especially considering their senior positions with the firm.

Last month, Madoff wrote an email defending O'Hara and Perez, saying they were "uncomfortable" preparing computerized reports and only did it because he convinced them the reports were legit.