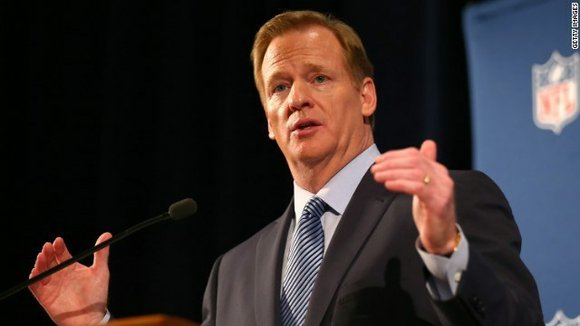 In a statement on its website, the players' union said it was never offered the professional courtesy of seeing the new policy before it was announced publicly.

(CNN) -- NFL teams have unanimously endorsed a new personal conduct policy for all NFL employees after discussions that included experts on domestic violence and sexual assault, the league announced Wednesday.

The new measures include a more extensive list of prohibited conduct, independent investigative procedures, and specific criteria on paid leave for an individual charged with a violent crime.

It also includes a six-game suspension for crimes involving violent conduct, including domestic violence and sexual assault, which Commissioner Roger Goodell had written about in an August memo to owners. The suspension could be longer if there are "possible mitigating or aggravating circumstances."

Goodell called the enhanced policy "significantly more robust, thorough, and formal." It applies to all NFL personnel, not just players.

George Atallah, a spokesman for the NFL Players Association, said the union has not seen the new policy.

"There will be a lot of analysis about the differences in our formal proposal and what the NFL will present today on personal conduct policy," he tweeted before the league's announcement.

"Sadly, those discussions will be through the media, not through formal negotiations, which the NFL has said they're not interested in."

In a statement on its website, the players' union said it was never offered the professional courtesy of seeing the new policy before it was announced publicly.

Their job will be to review the policy at least once a year.