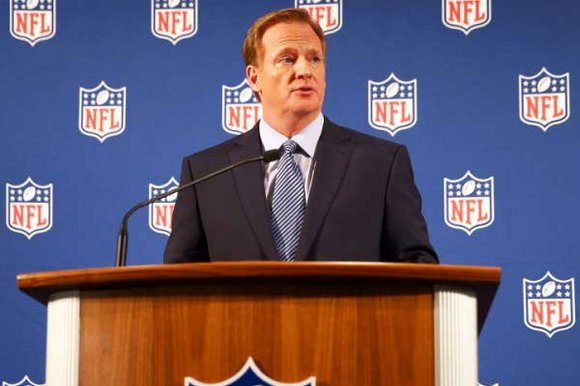 NFL teams unanimously endorsed a revised and strengthened Personal Conduct Policy for all NFL employees that was presented  at a league meeting in Dallas.

The policy was developed after an extensive series of meetings and discussions over the past four months with a wide range of experts and others inside and outside of the NFL, including current and former players, the NFL Players Association, domestic violence/sexual assault experts and advocates, law enforcement officials, academic experts, and business leaders (see attached list).

The NFL has had a formal policy and program addressing off-field conduct since 1997 that was enhanced in 2007. The new policy significantly builds on the foundation of the previous programs.

"With considerable assistance from the many people and organizations we consulted, NFL ownership has endorsed an enhanced policy that is significantly more robust, thorough, and formal," Commissioner Roger Goodell said. "We now have a layered evaluation process to take into account a diversity of expert views. This will better enable us to make appropriate decisions and ensure accountability for everyone involved in the process."

The new policy lays out a clear series of steps to be taken when there is an incident that requires review. New measures include:

» Additional NFL-funded counseling and services for victims, families, and violators.

» Specific criteria for paid leave for an individual formally charged with a crime of violence, including domestic violence, sexual assault and child abuse.

» An expert group of outside advisors to review and evaluate potential violations and consult on other elements of the policy.

» A baseline suspension of six games without pay for violations involving assault, battery, domestic violence, dating violence, child abuse, other forms of family violence, or sexual assault, with consideration given to possible mitigating or aggravating circumstances.

» The appointment by the commissioner of a highly qualified league office executive with a criminal justice background to issue initial discipline. The disciplinary officer will be hired for a newly created position of Special Counsel for Investigations and Conduct. This individual will oversee the NFL's investigatory procedures and determine discipline for violations of the Personal Conduct Policy. For players, this is consistent with past practice under the CBA in which a member of the commissioner's staff has generally issued discipline for off-field misconduct.

» An appeals process pursuant to Article 46 (Commissioner Discipline) of the Collective Bargaining Agreement for players or to applicable club or league procedures for non-players. The commissioner may name a panel that consists of independent experts to participate in deciding an appeal.