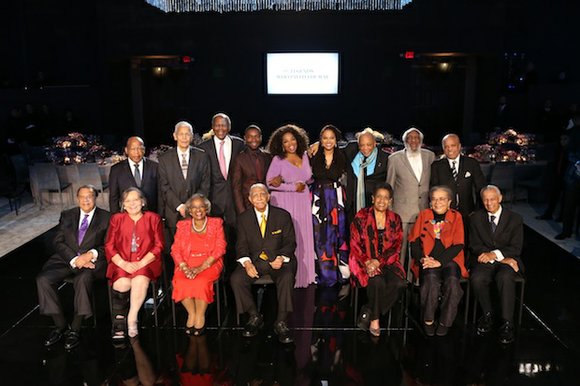 Los Angeles – OWN: Oprah Winfrey Network announced today a month-long celebration in January honoring civil rights legends who paved the way as we approach the 50th anniversary of the historic Selma to Montgomery marches led by Dr. Martin Luther King, Jr. that changed the trajectory of America forever.

On January 4 at 9 p.m. ET/PT, Oprah sits down for a special episode of her popular series “Oprah Prime” celebrating the life of Dr. King and the Selma marches 50 years later. The episode features an in-depth conversation with the star of the upcoming film “Selma,” acclaimed actor David Oyelowo who portrays Dr. Martin Luther King, Jr., along with the film’s award-winning director Ava DuVernay. The episode will also feature stories of those who were impacted by the march and their reflections today on that time in American history.

9 p.m. “Oprah: Where Are They Now? Civil Rights Special”

10 p.m. “Race On The Oprah Winfrey Show with Tamron Hall”

To participate in the discussion on social media, use #Selma50