Why The Muppet Christmas Carol's Deleted Song Was Cut, But Really Should Have Stayed 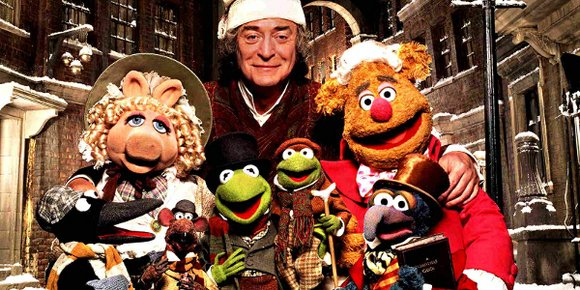 Please Disney... give us this Christmas wish for 2017 and release a brand new cut of The Muppet Christmas Carol containing "When Love Is Gone." You might just win over some new fans, and make old fans even happier.

Twenty-two years ago yesterday, The Muppet Christmas Carol was released into theaters, and would eventually go on to become a holiday classic. It's a film that you've probably seen if you were growing up or raising children in the 90's, and chances are the version you saw primarily was on home video. If that's the case, you're probably wondering why the version of the movie that exists on the latest Blu-ray and Netflix Instant is missing a particular scene you grew up with: the scene where Belle breaks up with Scrooge, and sings the song "When Love Is Gone."

Well, there's a long story behind that.

As the story goes, Jeffrey Katzenberg -- still a big wig at Walt Disney Studios at the time -- had the number cut from the film for the reason you'd expect from any typical Disney movie: the kids. Katzenberg wanted the song deleted because they felt kids would view it as a speed bump along the road of all the Muppet and Michael Caine action. Right about now, some of you are probably wondering what this scene was like, if you are one of the people who only saw the film in its theatrical version. For those of you who fall into that category, behold the "deleted" song from The Muppet Christmas Carol, "When Love Is Gone."

In the theatrical version, the film plays the dialogue that leads up into the song, and then cuts to Belle walking away, with Gonzo, Rizzo, and Michael Caine's Scrooge all crying. The scene still works to a degree, and if you didn't know about the deleted scene, it still plays through clean. But once you know that song exists, or first saw the film with "When Love Is Gone" added back into the mix, it's hard to watch this scene and not feel like the moment's gone cold.

In every version of A Christmas Carol, the pivotal moment of Scrooge and Belle's parting is the moment where we truly realize how Scrooge became the way he was. If Belle had stayed, he would have had some sort of connection to humanity, no matter how little it was. But poor Belle, who loved Ebenezer with all of her heart, would be neglected and unloved. It's a parting that you wish never happened, and Paul Williams' beautiful song from the original cut of the Muppets movie is one of the most effective ways that moment is depicted.

What further complicates the deletion of this moment is the fact that at the end of the film, the song morphs into "When Love Is Found," just as Scrooge is beginning to enjoy life and become a good man. It uses the same tune, but the words denote the change in the man who hated Christmas.

Again, this moment on its own is powerful, but it resonates so much more when its dour, tragic counterpart is allowed to make the audience feel the pain in Scrooge's life. It makes his redemption that much more effective, and even Charles Dickens himself would have probably cheered its inclusion in the film's initial home video release.

By time the DVD and Blu-ray versions came on the market in 2012, there was only one way you could see "When Love Is Gone" added back into The Muppet Christmas Carol. On the standalone 20th anniversary DVD edition, which is currently out of print, both the theatrical widescreen and the extended full frame cut are included for you to watch. However, that courtesy does not extend to the DVD that comes with the 20th anniversary "It's Not Easy Being Scrooge" Blu-ray combo pack. That disc is only the theatrical edition of the film that is on the Blu-ray and the Netflix Instant versions of the film.

After 20 years of people actually being able to see the film in its "extended" glory, why the hell would Disney not include the scene for all to see in perpetuity? That answer is as elusive as any version of the film on home video that contains "When Love Is Gone," and it's a damned shame. With Disney now in control of the Muppet legacy and future ahead, you would think they'd have no problem including this moment and letting fans experience the film the way Brian Henson originally intended. Unfortunately, that's not the case at this time, but there's always hope that somehow, someway they'll change their minds in time for the 25th anniversary in 2017.

Please Disney... give us this Christmas wish for 2017 and release a brand new cut of The Muppet Christmas Carol containing "When Love Is Gone." You might just win over some new fans, and make old fans even happier.