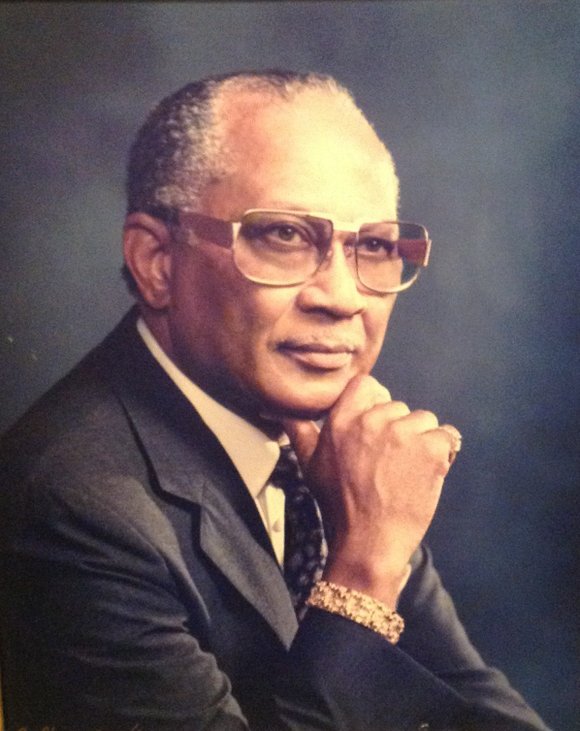 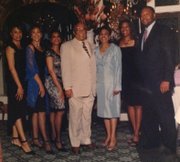 Parnell attended Virginia State College (now University) in Petersburg, VA. As a freshman, he met his future wife, Gloria Reid. The two were members of Virginia State’s Marching Band. Parnell was a drummer; Gloria, a majorette. He would jokingly say, “The faster I beat my drums, the higher Gloria would kick her legs.” In 1952, he graduated with a Bachelor of Science degree in Biology and went on to receive a Master’s of Science in Biology from Virginia State College and later an M.D. from Meharry Medical College in Nashville, TN. He was a Research Fellow in the Department of Oncology at George Hubbard Hospital in Nashville, TN, and completed his Surgical Residencies at Meharry; the United States Public Health Service Hospital and University of Washington, Seattle, WA.

Ever the romantic and a known prankster, Parnell proposed to Gloria by placing an engagement ring in the bottom of her cocktail glass. On July 12, 1954, at high noon, they were married on NBC’s “Bride and Groom” daytime television show in the Radio City Chapel in New York City, NY. The live show featured the happy couple exchanging vows before family members in attendance and a television audience. The newlyweds were presented a variety of household appliances/gifts and an all-expense paid honeymoon to the Catskill Mountain Resort – Lake Utopia Country Club – in Wurtsboro, NY. Parnell and Gloria were only a handful of Black couples who were married on the show during its television history. Of this union, three daughters were born; later in life, they were blessed with a son.

The death of his older brother, Maltheus “Sonny” – a WWII veteran and student at North Carolina A&T State College (now University) who died after being refused admittance to Duke University Hospital because beds allotted for Blacks were full – inspired Parnell to become a doctor. He became a well-respected general surgeon who exuded a warm bedside manner that endeared him to his patients. He was from that generation of doctors who often made house calls and bartered his services for the medically underserved community. He was on the staff for many years at Park Plaza and other area hospitals. Previous positions included: Chairman, Department of Surgery and Chief of Staff for Riverside General Hospital, Houston, TX; Commissioner of Health, Houston-Galveston Area Health Commission; President, American Society of Abdominal Surgeons, Melrose, MA; Presidents Council for the Houston Medical Forum and Board of Directors, Virginia State National Alumni Association.

Parnell fostered his adventurous side at every opportunity. He and Gloria traveled extensively during their 58 years of marriage throughout the U.S. and abroad. Some of the exciting places they visited were Canada, Mexico, South America and Athens, Greece. As an international lecturer, he spoke to the International European Medical Seminar (London, England and Paris, France); International Academy of Proctology (Vienna, Austria; Zurich, Switzerland; Budapest, Hungary; Tel Aviv & Jerusalem, Israel; Athens, Greece; Rome, Italy; Manila, Philippines and Hong Kong, China) and the International Congress of America Society of Abdominal Surgeons (Taormina and Palermo, Sicily).

While his professional accomplishments were many, Parnell’s greatest achievement was earning the love and respect of his family. He never forgot his humble beginnings and lived life with the gusto of a man with places to go and people to meet. There was not a story too small to embellish to hilarity, a tune he could not sing, a key on the piano he could not play and a dance step too hard for his feet to maneuver!