National Urban League: This Is Why We March 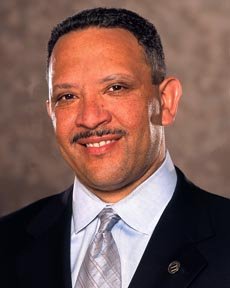 "It's just so overwhelming to see all who have come to stand with us. Look at the masses - Black, white, all races, all religions...We need to stand like this at all times." – Gwen Carr, the mother of Eric Garner, at the “Justice for All” March in Washington, DC on Saturday, December 13

Few times in a nation’s history is the conscience of its citizens shocked and awakened – across racial, economic, generational and even ideological – lines. Times when the collective consciousness of a people screams – and demands without apology – that it’s time for a change, that things must be different and that it must start today.

So, when people ask, “Why do we march?,” I tell them we march because of the views expressed, concerns shared, and pain felt by all the people who took to the stage to speak and the tens of thousands who marched and chanted for “Justice for All” on Saturday in Washington, DC. We march for the millions more across America who know that what Dr. Martin Luther King, Jr. shared in his “Letter from a Birmingham Jail” more than 50 years ago is still true today: “Injustice anywhere is a threat to justice everywhere.”

In this catalytic moment driven by cataclysmic circumstances, what we have witnessed across America since the non-indictments of officers in the killings of Michael Brown and Eric Garner may be new to a generation, but it is not new to a nation.

Catalytic moments birthed by cataclysmic circumstances – the horrific beating and murder of Emmett Till, the killing of four little Black girls in the 1963 Birmingham church bombing and the murders of civil rights workers Schwerner, Goodman and Chaney. These events shocked our nation into more than awareness. They shocked us into action – action that resulted in the passing of the most comprehensive and sweeping civil rights laws our nation has seen in its history.

That is why we march – because Eric Garner, Michael Brown, Akai Gurley, Tamir Rice, John Crawford and others did not deserve to die; because Marlene Pinnock did not deserve to be viciously beaten and Levar Jones did not deserve to be shot for complying with a trooper’s request; because the excessive use of force – deadly force – by law enforcement against unarmed African Americans has no place in the land of the free and the home of the brave; because police should not fear the communities they have sworn to protect and communities should not fear those who serve to protect them; and because we – as a nation – must and can be better.

We marched in Washington – as we have so many times before – as a multicultural band of historic civil rights organizations united with legislators, clergy, everyday Americans and young people who have committed ourselves to working for the change we want to see and to peaceful, nonviolent advocacy, activism and change. Everyone committed to that mission – no matter age, race, religion or background – is and has always been welcome. The challenges before us are big enough that we all have a role to play in the solutions.

We have been here before – and we can change a nation again. That is why we and our partners – the National Action Network, NAACP and Black Women’s Roundtable – marched in DC this past weekend along with many others. It’s also why we will continue to be in communities across America every day, doing the work that the National Urban League has consistently done for 104 years to ensure a better America for all citizens.

We marched in our nation’s capital to protest injustice – and most importantly to put forth a plan of action – a plan that will help ensure that no other family in America ever has to feel the pain of the mothers, fathers, wives, daughters and sons who stood with us that day:

1) Widespread Use of Body Cameras and Dashboard Cameras

4) Comprehensive Retraining of All Police Officers