Pharrell Only Made $2,700 For 43 Million Streams Of ‘Happy’ On Pandora 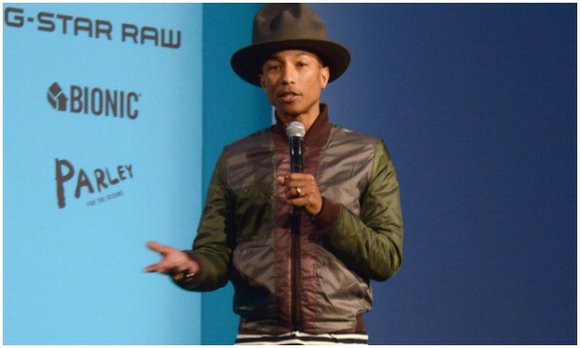 Apps like Pandora and Spotify are great ways to sample new tunes and listen to favorites, but this bubbling concern of whether artists are being compensated properly is getting bigger.

When Taylor Swift scrubbed Spotify of her music, claiming artists weren’t getting paid properly, we gave her a little side-eye. (We secretly listen to “Shake It Off” randomly throughout the day). Now we see why.

According to reports, Pharrell Williams only collected $2,700 in royalties from the 43 million plays of his mega hit “Happy.” What’s up with that? Marty Bandier, the CEO of Sony/ATV music publishing told Digital Music News: “This is a totally unacceptable situation and one that cannot be allowed to continue.”

Apps like Pandora and Spotify are great ways to sample new tunes and listen to favorites, but this bubbling concern of whether artists are being compensated properly is getting bigger.

After discovering only $60 is earned per million streams on Pandora, Bandier penned this letter voicing his concerns:

“The royalty rates for songwriters on interactive streaming services such as Spotify are equally dissatisying. While the number of streams on market leader Spotify’s ad-supported, free service has grown by more than 70% in the past year, the royalties for songwriters and publishers have not come close to keeping pace with this growth. We at Sony/ATV want these digital music services to be successful because they are a great way for music fans to listen to music and have the potential to generate significant new revenues for everyone. However, this success should not comes at the expense of songwriters whose songs are essential for these services to exist and thrive. That is why I have made it to my No. 1 priority to address this issue and ensure songwriters are fairly compensated for their work. I will not rest until the present system is reformed to allow this to happen.”

Like Swift, Bandier feels that artists like Williams are being slighted in payment. This burgeoning war against music streaming programs is looking to be the new Napster take down. YouTube is possibly facing a $1 billion lawsuit from Global Rights Music, if more than 20,000 songs, that were illegally uploaded, are not removed in the near future. Michael DeGusta, a music industry analyst, proclaimed that Williams should’ve at least earned $25,000 from a number as big as 43 million (streams).