Why Tony Stark Isn't The Only Avenger Responsible For Ultron 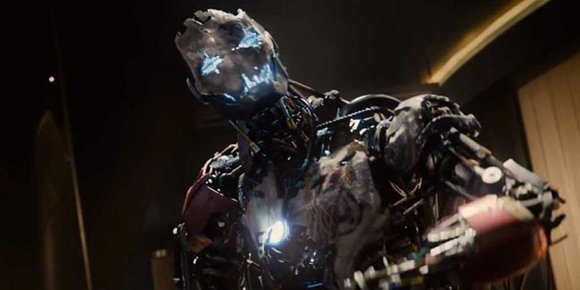 As the only member of The Avengers with a good deal of experience working in the field of robotics and war machines, Robert Downey Jr.'s Tony Stark found a lot of fingers pointing at him when it was announced that Ultron would be the villain of The Avengers 2 and that Hank Pym (the evil robot's creator in Marvel Comics) would not be featured in the movie. It turned out that this was a true assumption, as Iron Man will have a big role in introducing the peacekeeping-machine-gone-wrong to the world in Joss Whedon's upcoming sequel - but he's not going to be the only member of the titular superhero team with blood on his hands.

Recently sitting down with Total Film for an interview, Mark Ruffalo explained a few details about what we can expect from Bruce Banner and Hulk in The Avengers: Age of Ultron, and while setting up what the character has been doing since we last saw him, the actor hinted that he will be playing a part in the creation of the film's titular villain. First talking about Bruce's new living quarters, Ruffalo said,

"Banner's been living in Stark Tower. They've been working side by side and Bruce has his own lab now. He's doing work that augments Tony's own, which could lead to an experiment going wrong..."

He doesn't overtly say it, but it's pretty easy to guess that the experiment that goes wrong is the creation of Ultron as a means of privatizing and maintaining world peace. As the official synopsis for The Avengers: Age of Ultron tells us, the plot of the movie will be kick started by Tony trying to "jumpstart a dormant peacekeeping program," and one can imagine that Banner was helping helping his buddy out with this when things started to go wrong.

The friendship between Tony Stark and Bruce Banner in The Avengers 2 is not only a nice extension of what we saw as budding relationship between the two men in the first Avengers movie, but also a fun little nod that the folks at Marvel Studios recognize what fans really latched on to in the film. Iron Man and Hulk's compatibility in the superhero team-up blockbuster generated a meme of its very own - just Google "Science Bros" - and the fact that they are back working side by side in the sequel is a perfect, logical continuation of their character arcs. It's also great to have Banner be involved with the making of Ultron, as I can only imagine that emotional weight that comes with both fearing the monster inside you and actually externally creating them.