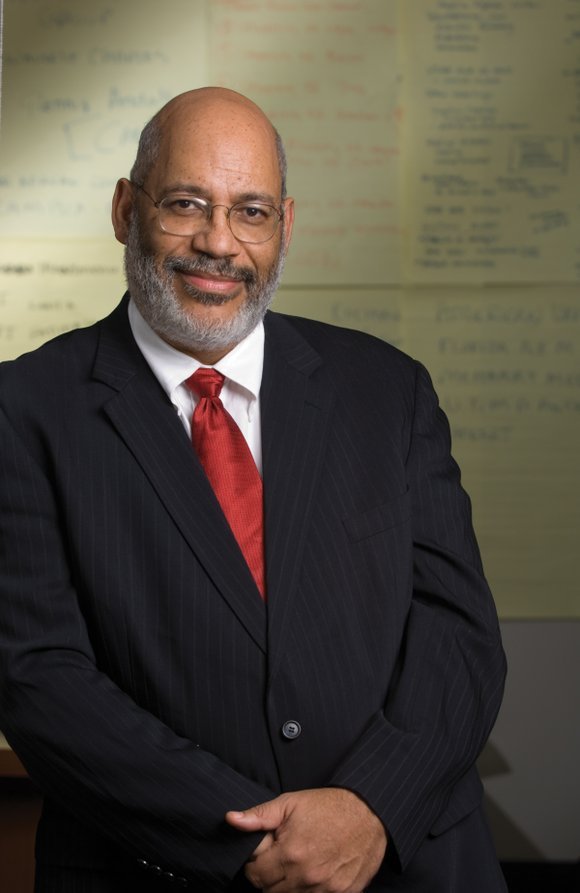 We, at Houston Style Magazine, are pleased to announce that Lovell A. Jones, Ph.D., a member of our health team, has elected to come out of retirement to join the faculty at Prairie View A&M University College of Nursing as Associate Dean of Research and Professor of Research. A newly created position by the College of Nursing to help develop a research program as well as develop a health equity research center in the Texas Medical Center. In addition, Dr. Jones will continue his appointment as a faculty member at Texas A&M University Corpus Christi, while also continuing to contribute to our newspaper. Dr. Jones will also remain as Executive Director of the Health Disparities Education, Awareness, Research, & Training (HDEART) Consortium. Did we say he was retired?

Dr. Jones has more than 35 years of experience in addressing minority health and  the health of the underserved. He is the founder of the Biennial Symposium Series on Minority, the Medically Underserved & Cancer, the nation’s largest multicultural conference, which has provided a forum for exchanging the latest scientific, and treatment information focusing on underserved & health disparities. He is also the confounder of the Intercultural Cancer Council (ICC), the national’s largest multicultural health policy group. In 2002, Dr. Jones & Dr. Armin Weinberg, the other confounder of the ICC, received one of the American Cancer Society’s highest honors, the Humanitarian Award. Dr. Jones has also edited one of the  few comprehensive textbooks on this subject: Minorities & Cancer. He has  either chaired or co-chaired numerous major events regarding the underserved and  cancers, including the American Cancer Society South Central U.S. Regional  Hearings on Cancer and the Poor, with Dr. Harold Freeman and the 1st National African Cancer Education  meeting in Abuja, Nigeria helping to establish with first cancer prevention and control programs in that country. Dr. Jones is co-author of the congressional resolution designating the third full week in April as "National Minority Cancer Awareness Week." From 1989 to 1995, Dr. Jones was co-principal investigator of the National Black Leadership Initiative on Cancer, the first major minority outreach project sponsored by the National Cancer Institute. He has served on the board of directors of the National Coalition for Cancer Survivorship, the National Advisory Environmental Health Science Council for the National Institutes of Health (NIH), the Institute of Medicine’s Roundtable for Environmental Health Sciences, the Environmental Protection Agency’s Scientific Advisory Panel, the Benjamin Banneker Institute for Science and Technology, the Breast Cancer Integration Panel for the Department of Defense, the Partnership for Prevention, the National Patient Advocacy Foundation, and the Cancer Policy Institutes, just to name a few. For his work, the NIH/National Center on Minority Health and Health Disparities awarded Dr. Jones its Director’s Health Disparities Excellence Award.

As a scientist, Dr. Jones has done extensive research  into the relationship between hormones, diet and endocrine responsive tumors. He has presented his work both nationally and internationally and has published over 150 scientific articles ranging from hormonal carcinogenesis to health policy. He has served as the PI on a number of NIH grants, including “The Women’s Health Eating and Living Study,” an NCI grant studying the role of diet on prevention recurrence of second primaries in breast cancer survivors, the Centers of Excellence for Community Partnership, Outreach, Research & Training from the National Center on Minority Health & Health Disparities and the Centers for Medicare and Medicaid Cancer Prevention and Treatment Demonstration grant titled: “ Facilitated Assistance, Research, & Outreach Services ” establishing the first patient navigation program at the University of Texas M.D. Anderson Cancer Center. Such programs are now being mandated across the country. Over his academic career, Dr. Jones has received over than $40 million in research and educational grants.

Lastly, Dr. Jones has been thrice honored on the floor of the US Congress for all of his work, both scientifically as well as in addressing health inequities. He has also been selected by HistoryMakers as one of the top 180 African American scientists whose stories are now archived for future generations to view in the Library of Congress.

Dr. Jones is married to Marion C. Jones, a retired special education teacher. They have two adult children, Dr. Tamisha Elise Jones, a pediatrician in Houston and Troy Jones, a software engineer in Dallas as well as three grandchildren Cole, Tate and Cass.

We wish Dr. Jones much success in his stated goal of moving Prairie View A&M University College of Nursing toward being one of the premier research centers on health disparities by it centennial anniversary.