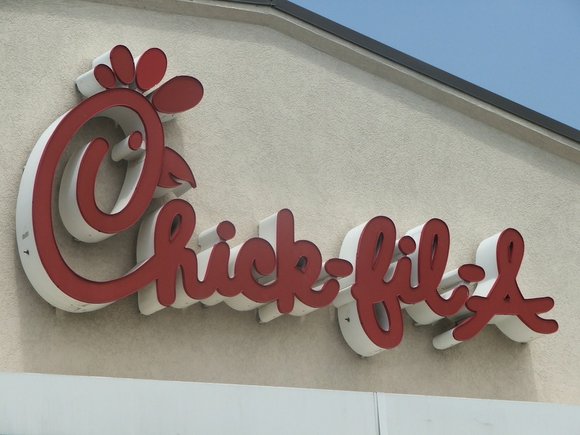 Chick-fil-A is a privately owned company with 1,700 locations

Chick-fil-A Inc. announced plans Tuesday to use chicken raised without antibiotics in all of its restaurants within five years.

National and regional poultry suppliers are partnering with the company to stock up. Chik-fil-A wants these suppliers to collaborate with the U.S. Department of Agriculture to ensure the chickens do not receive any antibiotics.

"Since our family business began 67 years ago, we have focused on our customers. It's why we insist upon using the highest quality ingredients," Dan Cathy, president and chief executive officer of Chick-fil-A, said in a statement. "We want to continue that heritage, and offering antibiotic-free chicken is the next step."

Chick-fil-A is a privately owned company with 1,700 locations in 39 states and Washington. It deems itself the "second largest quick-service chicken restaurant chain in the United States." The company produced sales of $5 billion in 2013, the announcement said.

What's the big deal about antibiotics?

Chick-fil-A's announcement comes amid a growing awareness about the problem of antibiotic resistance. The U.S. Food and Drug Administration has said that antibiotics in livestock are contributing to the rise of dangerous bacteria. Many antibiotics that farmers give food-producing animals are also used to treat sick humans.

The FDA announced a plan in December to phase out certain antibiotics in the food production industry.

"Because all uses of antimicrobial drugs, in both humans and animals, contribute to the development of antimicrobial resistance, it is important to use these drugs only when medically necessary," the FDA said on its website.

Chick-fil-A has made other changes to its ingredients in recent years, such as removing yellow dye from its chicken soup. The company is also testing the possibility of taking out other food additives, including artificial ingredients in the buns and high fructose corn syrup in dressings and sauces.

Those developments, announced late last year, came after food blogger Vani Hari wrote about controversial ingredients in Chik-fil-A's products. The company responded by inviting her to its headquarters, and Hari posted to her blog in 2012 that she'd had a four-hour meeting there with company executives. Among the topics covered: The use of antibiotics in their chicken, she said.

Hari also recently launched a petition to get the sandwich chain Subway to remove a chemical called azodicarbonamide, also found in yoga mats and shoe soles, from its breads. Subway announced last week that it was in the process of taking azodicarbonamide out "as part of our bread improvement efforts."

The food blogger has also shown her power in the pasta arena.

After Hari posted a petition on Change.org, Kraft said in November that it would remove Yellow No. 5 and Yellow No. 6 dyes from some varieties of its Macaroni & Cheese products. The color additives will be nixed from pastas shaped like SpongeBob SquarePants, Nickelodeon's Teenage Mutant Ninja Turtles and "How to Train Your Dragon 2" from Dreamworks, a company spokeswoman told CNN.

Other popular petitions for more healthful products are ongoing.

Concerned mother Renee Shutters partnered with the Center for Science in the Public Interest to start a campaign directed at M&Ms. The Change.org petition wants Mars Inc. to stop using artificial dyes in the candies.

CNN's Jacque Wilson and William Hudson contributed to this report