Diabetes took my teeth but not my life 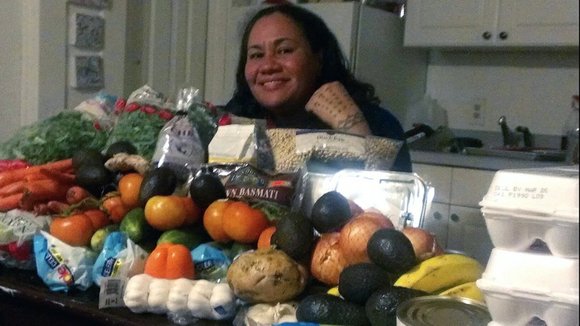 Sia Figiel is one of six CNN viewers selected to be a part of the Fit Nation Triathlon Challenge program. Follow the "Sassy Six" on Twitter and Facebook as they train to race the Nautica Malibu Triathlon with Dr. Sanjay Gupta on September 14

Sia Figiel is one of six CNN viewers selected to be a part of the Fit Nation Triathlon Challenge program. Follow the "Sassy Six" on Twitter and Facebook as they train to race the Nautica Malibu Triathlon with Dr. Sanjay Gupta on September 14.

I was diagnosed with diabetes 12 years ago.

At the time, I was caring for my mother, who was on dialysis and had had her leg amputated. As a family, we knew very little about diabetes -- only that once you got it, you deteriorated and died.

Like our father, who suffered a stroke and then died years later of a massive heart attack brought on by complications of diabetes.

Both my parents, in fact, died from complications of diabetes. They were strong pillars of our family and community, taken way too soon by a disease that is the leading cause of death among Pacific Islanders.

Before seeing the doctor, I had been experiencing extreme thirst, especially at night. The tips of my toes felt like bees lived there and were desperate to burst out of my skin. My vision became blurred after each meal.

I followed the dietician's plan for the next few months. I took up walking and noticed that my vision had become clearer. But it didn't take me long to fall back to my old eating habits. A colleague's birthday celebration, a brother's graduation party, a friend's wedding, a cousin's funeral -- these were all occasions where food was at the center. And in our culture, you show appreciation and respect for those who prepared the food by eating it.

I soon found myself hovering around 400 pounds.

After six years of oral medication, I was switched to insulin injections. My blood sugar levels were too high, and I was not managing them well.

Insulin was scary at first. But then I realized it gave me the freedom to eat all my favorite foods! I would just inject 100 units, and my blood sugar would be normal in a matter of minutes. Soon, I was injecting as much as 300 units of insulin a day.

It was at this time that I began experiencing extreme pain in my teeth and gums. One of my front teeth became longer than the rest, and I found that I couldn't bite into certain foods, such as apples. This front tooth was eventually pulled. The dentist didn't have to do much; it pretty much fell out on its own.