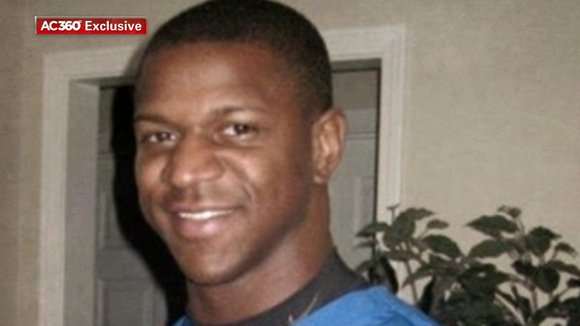 Alfred Wright was missing for almost three weeks before volunteers found his body in East Texas.

On a cold, rainy night in late November, Douglas Wright sat amid brambles and thick East Texas underbrush, watching over the body of his 28-year-old son, Alfred, who had disappeared almost three weeks earlier.

"His spirits got to me: 'Daddy, I knew you would find me,'" Wright says, recalling the relief that had washed over him.

Sabine County sheriff's deputies had searched for Alfred Wright but didn't find him, and volunteer searchers later found his body, his family says. A medical examiner says the death was accidental, but the family rejects that notion, citing what a different pathologist says appears to be "severe trauma" to his body. The Texas Rangers and FBI are investigating.

Alfred Wright was last seen around dusk on November 7. The physical therapist was on his way to treat a patient. He had been having trouble with his pickup and pulled into CL&M Grocer, one of the few stores along an isolated stretch of Route 87.

He called his wife, Lauren, and gave her directions to the store. Because their two young sons were home sick, she called his parents, who immediately left on the hourlong drive. What happened next changed everything.

"The last time I called him, I just heard heavy breathing. He was in distress of some sort. He was not responding to anything I was saying," Lauren Wright says.

Around 6 p.m., Alfred Wright disappeared from where he was last seen alive. When his parents arrived about 20 minutes later, his truck was in the parking lot, but he was nowhere to be seen. His father asked the store clerk what happened. He says she told him that she was out having a smoke when Wright "all of a sudden put his cell phone in his sock and took off like the truck was going to blow up."

The clerk did not want to be interviewed on camera but did tell CNN that Wright "left on his own free will," a phrase she repeated several times.

The next day, his personal effects, including his watch and ID, turned up on a nearby ranch. Deputies searched the property with cadaver dogs. His family says it was told by the deputies that Wright's scent had "disappeared" at a nearby creek.

Four days after Wright vanished, Sabine County Sheriff Thomas Maddox called off the search, telling the family, "Your son's just a missing person. My guys are tired. We've exhausted our resources and funds. We're done," family lawyer Ryan McLeod says. Family members say the sheriff told them that "there was no foul play" and that Wright's disappearance was probably "drug-related," most likely related to methamphetamine.

The sheriff's daughter and Wright apparently knew each other through their health care jobs, which made the sheriff's actions even more surprising to the Wrights, who were left to search for their son on their own.

He had been missing for 19 days when, during Thanksgiving week, dozens of volunteers did their own search in the cold and rain. Wright's body was found nearly three weeks after his truck broke down, in an area of the ranch supposedly already searched by deputies.