Is marijuana as safe as -- or safer than -- alcohol? 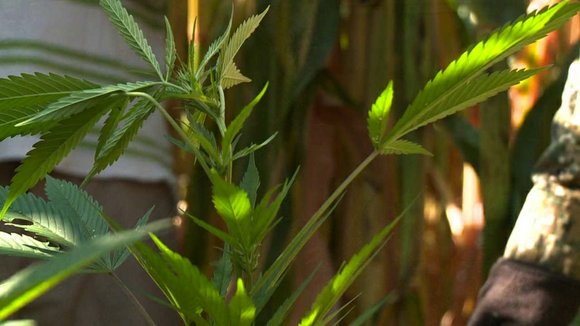 By Jen Christensen and Jacque Wilson

Looks like the ongoing debate about marijuana legalization in the United States has reached a new high: President Barack Obama's White House.

"As has been well-documented, I smoked pot as a kid, and I view it as a bad habit and a vice, not very different from the cigarettes that I smoked as a young person up through a big chunk of my adult life," Obama told New Yorker Editor David Remnick. "I don't think it is more dangerous than alcohol."

Alcohol is the most commonly used addictive substance in the United States, according to the National Institute on Alcohol Abuse and Alcoholism. It's legal for those 21 and older. Only about 22% of adult women and 11% of adult men are lifetime alcohol abstainers.

Marijuana, on the other hand, is classified by the Drug Enforcement Agency as a Schedule 1 substance -- the same category as heroin, LSD and Ecstasy -- and is illegal in almost all states for recreational use. As such, comprehensive data on the drug's use and misuse in the United States is limited.

Here's what we do know:

Alcohol's addictive qualities are well-documented. Approximately 17.6 million people, or one in every 12 adults, suffer from alcohol abuse or dependence, according to the NIAAA. Alcoholics in withdrawal can suffer from anxiety and depression, headaches, insomnia, nausea, fever and even seizures.

The addictive qualities of marijuana are not yet fully understood. The National Institute on Drug Abuse estimates 9% of people who use marijuana will become addicted to it. For comparison's sake, cocaine hooks about 20% of those who use it.

"There is clear evidence that in some people, marijuana use can lead to withdrawal symptoms, including insomnia, anxiety and nausea," CNN Chief Medical Correspondent Dr. Sanjay Gupta wrote in his story, "Why I changed my mind on weed," referring to medical marijuana.

"Even considering this, it is hard to make a case that it has a high potential for abuse. The physical symptoms of marijuana addiction are nothing like those of the other drugs I've mentioned."

Driving under the influence

Every hour, one person is killed and 20 are injured in crashes involving a drunken driver, according to the National Transportation Safety Board.

A new study found that even slightly "buzzed" drivers -- drivers with a blood alcohol level of 0.01%, meaning someone who has had even one drink -- are 46% more likely to be blamed for a crash when they collide with a sober driver.

The jury is still out on the impact of people who use marijuana and drive. Early studies showed marijuana had a slight impact on the psychomotor skills needed to drive, but these studies were seen as limited since they were done in lab situations.

A recent study review published in the British Medical Journal found people who used marijuana within three hours of driving were nearly twice as likely to cause a crash as sober drivers. People who use marijuana in combination with other drugs or alcohol also pose an increased crash risk, research suggests.