5 questions about the Justin Bieber case 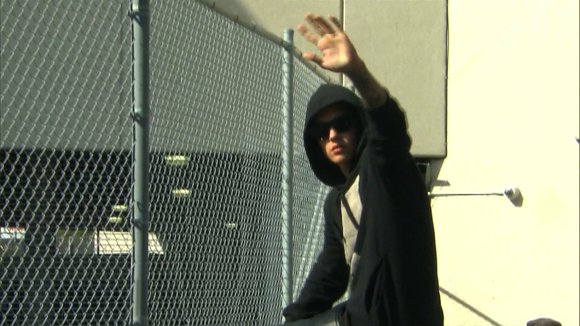 Justin Bieber waves to fans after being released from a Miami, Florida jail Thursday, January 23, 2014.

Here's what we know about elements of the case:

An excellent question, and one that has no certain answer. Bieber may be 19 but he had "an entourage of about 15 people," says CNN's John Couwels. In Miami Beach that included Bieber's father, Jeremy Bieber, 38. Given money, fame and willing pals, Bieber conceivably had access to whatever he desired.

2. Bieber was driving a yellow Lamborghini. Again, given his age, how did he rent it?

Lou La Vie, the exotic-auto rental establishment from which Bieber rented the Lambo, posted a blog entry and a series of pictures about the return of the vehicle and another on Thursday. "For everyone that was concerned with the news, the cars are back safe and sound! Believe half of what you see and none of what you hear," the firm wrote.

According to Lou La Vie's rental policy, "LLV requires driver to be 25 years of age and older to rent a vehicle. In certain cases, we may be able to rent to drivers between the ages of 21-25." The Lamborghinis rent for between $600 and $1,800 a day, and require a deposit of between $5,000 and $12,000. The person who made the rental for Bieber hasn't been revealed.

Rob Ferretti, the COO of Gotham Dream Cars, which has a Miami location, says his company requires both a valid driver's license and valid insurance and will not rent to people under 21. Gotham also runs a license check to make sure there aren't any surprises in the driver's background, Ferretti says. However, he observed, those policies aren't uniform in the rental-car world.

The Smoking Tire's Matt Farah told Jalopnik.com that the onus is on the rental company, not the renter. "The law varies by state but technically anyone under 21 shouldn't be driving even if someone of age signs for the car," he said. "It would be the burden of the rental company to prosecute that, though; as long as the car isn't stolen the cops wouldn't care."

3. Bieber is a Canadian citizen. Could this arrest lead to his deportation?

It's too early to say. First of all, Bieber has not been convicted of a crime. Second, the charges thus far are misdemeanors. The state attorney's office told CNN that it could take several weeks to determine what type of charges may be added -- if there are charges added at all.

U.S. immigration law says people can be deported if they're convicted of what's called an "aggravated felony" or a "crime of moral turpitude." HLN's Vinnie Politan, a former prosecutor, points out, "DUI is not an aggravated felony. However, 'aggravated DUI' can be considered a crime of moral turpitude. An aggravated DUI in Florida is generally charged for repeat offenders or in cases where an accident has occurred resulting in serious injury or death."

However, Politan says he believes Bieber would not likely face deportation as a result of these charges.

4. Could the police file more charges in the Bieber case?

Maybe. The state attorney's office told CNN it is looking at a variety of sources, including social media accounts, and will decide if other charges are warranted, including contributing to the delinquency of a minor or street racing. Bieber and his cohort, R&B singer Khalil, were doing up to 60 mph in a 30 mph zone, according to the police report.

5. Was Bieber given preferential treatment?

There aren't any reports of the Miami Beach Police treating Bieber any differently than other people they've arrested. However, three officers in nearby Opa-Locka have been suspended in connection with allegations that they escorted Bieber's caravan in the Miami area without authorization this week.

CNN's John Couwels and Tory Dunnan contributed to this report.