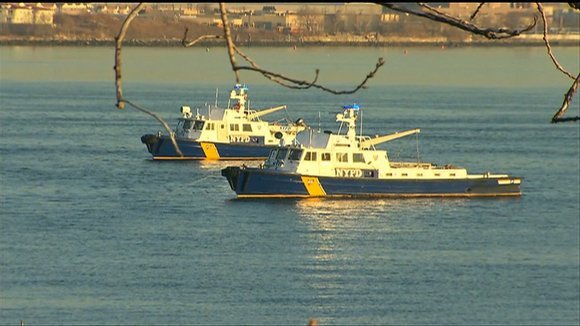 Embargo: New York, NY The family of an autistic New York City teen who's been missing since October has been notified by police that remains were found Thursday, January 16, 2014, in Queens, the family's lawyer said.

(CNN) -- The New York Police Department has until February 5 to respond a court challenge of its refusal to turn over its files on the October disappearance of an autistic teenager whose remains recently washed up in Queens.

A lawyer for Vanessa Fontaine, mother of Avonte Oquendo, filed an order to show cause in Manhattan Supreme Court Wednesday seeking to overturn the city's denial of her request for the investigative documents on privacy grounds.

Avonte's family is searching for answers into how the 14-year-old managed to walk out of his school on October 4, and the manner in which the police conducted the investigation of his disappearance, said the lawyer, David Perecman.

"The circumstances were horrendous, and it highlights the incompetence of the school," said Perecman, who has also filed a legal claim of the family's intention to sue the city, school officials and the police.

The teen's family, meanwhile, will hold a private funeral Saturday at Greenwich Village Funeral Home in Manhattan. There will be a mass and lunch to celebrate Avonte's life, according to Penni Horwich, who is assisting in the funeral arrangements.

"We plan to stand outside and release around 300 white balloons," Horwich said. "I thought it would be really nice."

In an October notice of intention to file a lawsuit, Fontaine accuses city and education department officials as well as the Riverview School, which her late son attended, with failing to adequately and properly supervise the boy. The notice of claim also alleges that officials failed to take appropriate and timely action to prevent him from the leaving the school, and did not immediately notify the police department.

Additionally, Fontaine accuses the police department of failing to provide proper and appropriate security to the boy's school, of failing to design and implement a security system, and of being grossly negligent for the safety and well being of her son.

A notice of claim is a precursor to a lawsuit, which Perecman said will be filed within the next couple of months.

"This involves a terrible tragedy, and the City's thoughts are with Avonte's family. We will review the legal case thoroughly once it's received," the City Law Department said in a statement.

Avonte, who had the mental capacity of a 7- or 8-year-old, according to his mother, went missing from his school on October 4. Surveillance footage showed him walking out of the school.

Last week, police said a human arm, legs, underwear, dark jeans and a size 5½ Air Jordan sneakers washed up on the Queens side of the East River, police said.

On Tuesday, DNA tests confirmed that the remains were those of Avonte, according to the medical examiner's office.