Source: Bieber, facing assault charge in Canada, is turning himself in 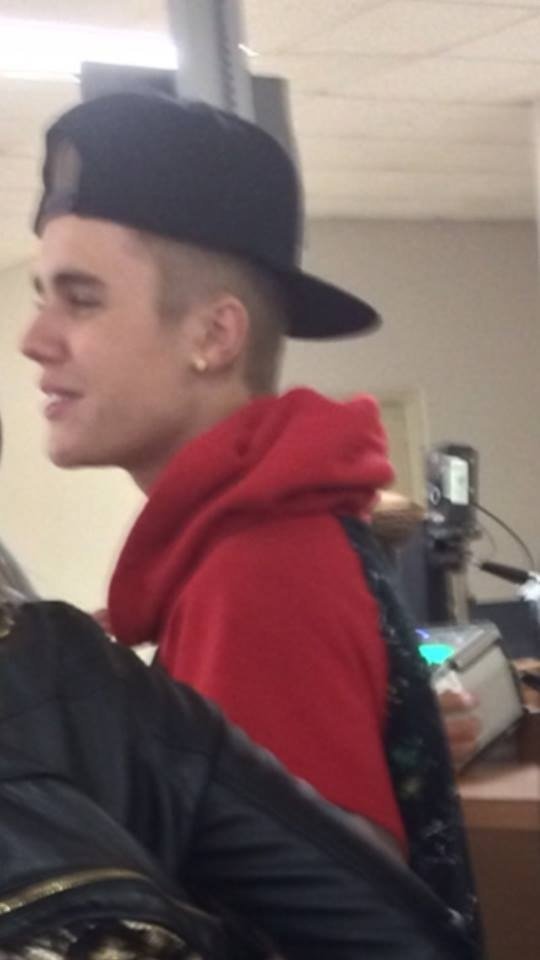 Justin Bieber is seen in Panama following an arrest on suspicion of driving under the influence in Florida, January 24, 2014. According to a source close to the investigation, two breath tests concluded that pop star Justin Bieber's blood-alcohol content was 011% and .014%. Both would be below the general .08% legal limit for drivers and Florida's .02% is the limit for drivers like Bieber who are under the legal drinking age of 21.

(CNN) -- Justin Bieber is in Toronto to face an assault charge in connection with an encounter with a limousine driver a month ago, a source close to the singer told CNN Wednesday.

Bieber traveled to Toronto to be booked on the charge, which will happen at a police station later Wednesday, the source said.

This is the 19-year-old pop star's second arrest in a week.

Bieber was briefly jailed in Miami last Thursday after he was stopped by a police officer who said he was drag racing in a residential street. He was booked on charges of drunken driving, resisting arrest and driving with an expired license.

Sheriff's detectives in Los Angeles presented evidence this week to the district attorney in their probe of Bieber's alleged egg attack on a neighbor's house three weeks ago. The prosecutor is expected to decide as early as next week whether Bieber will be charged with felony vandalism for the incident.

"Bieber's arrest is expected within a few hours at Toronto police station," a law enforcement source with direct knowledge of the case told CNN.

Police are not publicly confirming details of the case against Bieber.

CNN was first alerted to the story through a Twitter posting from Toronto.

Detectives are "tightening up" their case against Bieber in his alleged egg attack on a neighbor's residence, an investigator said Tuesday.

The neighbor accused Bieber of tossing eggs over a fence and onto the mansion next door on January 9, causing an estimated $20,000 in damage.

A prosecutor reviewed the security video Monday and asked detectives to do more investigation before a decision is made about charging the pop star with felony vandalism, according to Lt. David Thompson.

Detectives will likely meet again with prosecutors in the Los Angeles County District Attorney's office next week, Thompson said. The district attorney will then decide if a charge will be filed against Bieber.

Bieber's lawyer entered a written plea of not guilty on behalf of Bieber for charges he faces in Miami Wednesday, according to the Miami Dade County court docket. His attorney also requested a jury trial.

The plea means Bieber will not have to return to Florida for formal arraignment on the DUI, resisting arrest without violence, and driving on expired license charges.

Although Breathalyzer tests suggest Bieber was not too drunk to legally drive when he was pulled over by Miami Beach police early last Thursday, it could be two or three weeks before tests are back from the lab that should give a more accurate blood-alcohol reading and could tell if he was high on marijuana.

Bieber blew .011 and .014 in two Breathalyzer tests given to him at the police station, according to a source with knowledge of the results. Florida's legal limit for drivers under the drinking age of 21 is .02. The police report said that Bieber failed a field sobriety test given to him at the police station. He admitted to drinking, using marijuana and taking prescription pills, police said.

Although Bieber was not charged with speeding, the arresting officer said it was his reason for stopping Bieber and testing his sobriety.

The head of the exotic car rental company that owns the yellow Lamborghini Bieber was driving told CNN on Saturday that the GPS tracking system in the high-performance car indicated that Bieber never exceeded 55 mph in the 15 minutes before the stop.

The Breathalyzer tests and the GPS information could help Bieber lawyer Roy Black in his defense of the singer.

Bieber fled Miami late Friday, boarding a private jet for a flight to Panama City, Panama. Paparazzi photos showed Bieber strolling along a beach on the Pacific Ocean on Saturday, kicking a soccer ball while others kite-surfed above the waves.

Other photos showed his manager, Scooter Braun, and mentor Usher Raymond with Bieber at the Panama resort. His representatives have been silent about the criminal charges, declining to comment to CNN.