Father: Body of Palestinian teen to be returned Friday 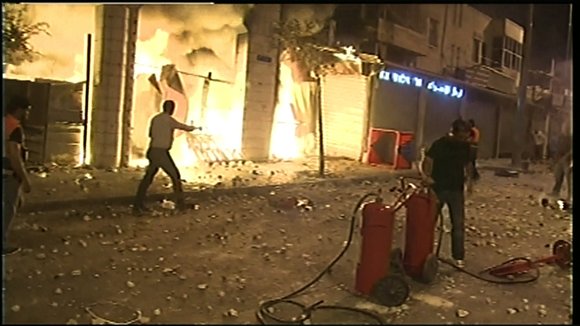 The body of a Palestinian teen slain in Jerusalem will be turned over to his family on Friday, the boy's father said.

Hussain Abu Khedair said Thursday the family expects to be given the body of his son Mohammad after Friday prayers. The father said his 17-year-old son likely will be buried later that day.

"We will not bury my son at night," he said earlier on Palestinian television. "We will do it during the day."

Netanyahu made the comment during a speech at the American Embassy in Tel Aviv where he and Israeli President Shimon Peres attended the annual July 4 Independence Day party.

Israeli authorities are still trying to determine who killed Mohammad Abu Khedair and why, the Prime Minister said.

Mohammad Abu Khedair was heading from his home to a mosque in the middle-class neighborhood of Shuafat for prayers around 4 a.m. when three men forced him into a car and drove off, his father said Wednesday. The boy's body was found about an hour later at a forest in Jerusalem.

The killing further inflamed tensions in a region already unsettled over the killings of three Israeli teens, not to mention decades of entrenched enmity between all sides.

There are concerns that the Palestinian teenager's funeral could spark further unrest, and demonstrators and Israeli officers clashed again Thursday in the East Jerusalem area of Shuafat.

At least 10 Palestinian protesters were injured, according to a CNN team there. Dozens of Palestinians threw stones at Israeli forces who fired rubber bullets and stun grenades.

The unrest came as Israelis and Palestinians continue to trade blows over longstanding issues unrelated to Abu Khedair's death. There have been rocket attacks and airstrikes.

The Israeli Defense Forces said 40 rockets were launched toward Israel from Gaza on Thursday. One soldier had minor wounds and some homes were damaged, the IDF said.

Three hit a Hamas intelligence building in Gaza city, while at least one struck the Qassam training camp in Beit Hanoun.

Palestinian medical sources reported at least 10 people injured, one of them seriously.

Israel Defense Forces said the airstrikes, going after 15 Hamas targets, were in response to the firing of more than 20 rockets into Israel since Wednesday.

This is in addition to other actions -- including the arrests of hundreds of Hamas activists, the demolition of homes and the closure of dozens of institutions in Gaza, according to Netanyahu -- targeting Hamas and focused in Gaza. This action follows the abduction of Israeli teens Eyal Yifrach, Gilad Shaar and Naftali Frankel as they were on their way home from school June 13; the three were found dead on Monday in a West Bank field.

Hamas praised the kidnappings but denied that it was responsible for what happened. It warned that if Netanyahu "brings a war on Gaza, the gates of hell will open to him."

At the teens' funerals Wednesday, Netanyahu said the country would avenge their deaths at "the hands of evil men."