Five things about the beat down in Brazil 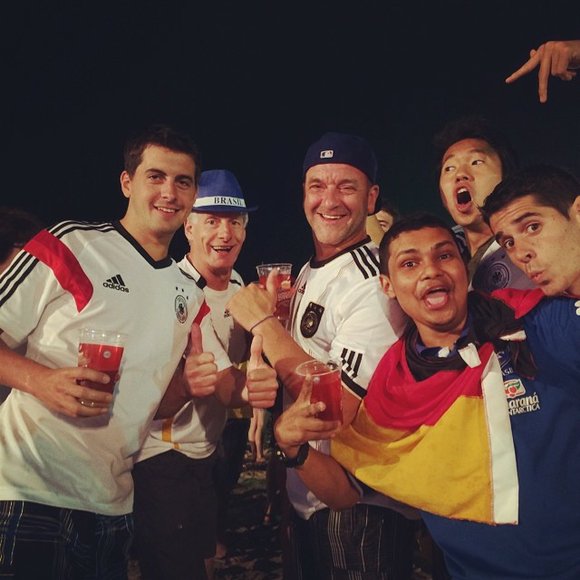 They say in Brazil that football is second only to breathing in importance. On Tuesday, 200 million people in the World Cup host nation had their breath stolen away from them in a dazzling, dizzying display of scoring by the No. 2 team in the world, Germany.

No one could have predicted a 7-1 scoreline. That's something from qualifying when a big fish hosts a minnow. It's not the result of a match between the top powers of the sport.

Here's a look at some of the record-setting numbers that came from the rout of all routs:

You'd have to be almost 100 years old to have been in attendance for the last time Brazil was thumped this badly.

At least we think it was Brazil. It certainly didn't look like the product of a nation that has won five World Cups.

The funny thing is Brazil was pretty good for the first 10 minutes. They pressed the Germans, mostly kept the ball in the German half.

But Germany scored in the 11th minute when Thomas Mueller was left so alone he could have set up a grill in the penalty area and made steaks for everyone.

And then the Germans made a meal of the Brazilian defense, stuck in first gear, while the Germans were zipping both ball and strikers artfully through the confused Brazilians.

A tearful David Luiz apologized to his countrymen.

"I just wanted to see my people smile. We all know how important it was for me to see all of Brazil be happy, at least because of football," the defender said.

It was a triple disappointment for Brazil on Tuesday. Not only was the Selecao beaten badly, but famed goal scorer Ronaldo was bumped off the top of the all-time World Cup goal scoring list.

"If you've scored the most goals in the history of the World Cup, you've had to earn it. He's still playing at the highest level and scoring goals," German coach Joachim Low said.

A more inexperienced player might not have scored. Klose's first shot was saved by a sprawling Brazil keeper. The 36-year-old pounced on the rebound and knocked it into the goal.

And there was more disappointment. Germany now also lays claim to most goals by one nation in its World Cup history -- 223. In second, Brazil at 220.

Brazil survived the first knockdown. But like a boxer sensing he can knock his opponent out with a flurry of well-targeted body blows, Germany unleashed hell on Brazil midway through the first half.

It was 5-0 before the first half hour. Germany scored a quartet in six minutes. You don't even do that in training.