America's Poverty, do something about it. 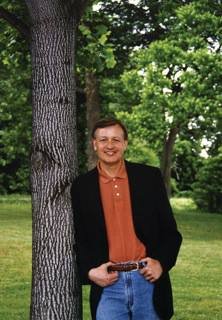 I've never lived in poverty. However, like most Americans I have known a few tough times. I do know that poverty is not pretty. I've never been around a hungry family that was dancing in joy because of their dire situation. Poverty is hard.

I grew up in Martin County, Kentucky. We were supposed to be the poorest county in the United States in 1964 when President Johnson began his campaign against poverty.

Government assistance came into existence to help the poor not only in our county but also throughout the United States. A few dollars from the government helps if you are down and out. However, living on government handouts for months and even years is a rock bottom life for the poor and our nation. Barely existing is an understatement when you are dependent every day on what you can get from the Federal Government. Our government, like many Americans, has spent more than it has taken in. Our national debt is headed to 18 trillion dollars. Extra money to hand out to impoverished Americans is going to decrease. There is no room for federal charity to grow.

Changing the direction of your life involves making big decisions. It could mean moving to a place where there are opportunities. There are paying jobs in America but you may need to go to the area where they are being offered. Staying where you are and dreaming that your ship will arrive is not reality.

Sometimes poverty has resulted from years of bad decisions, addictions and simply mentally zoning out about the realities of life.

Bad things often happen to people putting them into such a tail spin that they hit rock bottom losing their houses, cars and help from family and friends. There are lots of real reasons and stories that people have about their situations

People in poverty are lonely and feel hopeless. In Nashville, Tennessee on any given night there are over 8,000 homeless people bedding down in public places, or homeless shelters. There are also lots of veterans, elderly and young singles with no place to go. A family sleeping in an old car or huddled together on a park bench under a blanket is not beautiful American scenery. This same scenario is played out in most American cities only in different numbers.

Thousands of people storm our borders every day with no clue of how they will financially survive in America. However, America is their dream and their way of trying to reinvent their desperate lives. More poverty unfortunately is coming to America. President Johnson's dream of a great society of handouts to the down and out has maxed out.

This doesn't mean that America cannot be even greater than we are but the government is not going to create it. Our country is made of people. The fiber and soul of America is the spirit, of the American people, who each day says, "I must, I can and I will take control of my life and destiny." And then, do something about it.

Glenn Mollette is an American columnist and author.