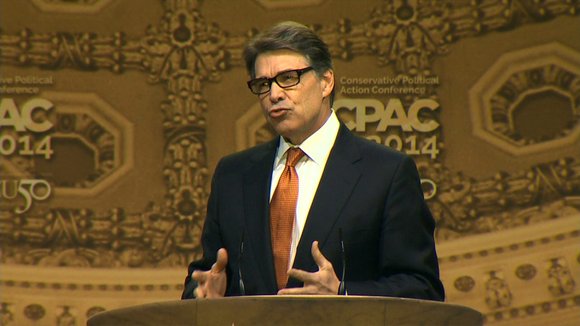 Texas Gov. Rick Perry will immediately send up to 1,000 National Guard troops to help secure the southern border, where tens of thousands of unaccompanied minors from Central America have crossed into the United States this year in a surge that is deemed a humanitarian crisis.

"I will not stand idly by," Perry said in Austin Monday, announcing what he called Operation Strong Safety. "The price of inaction is too high."

Perry's state has received the majority of migrant children, especially in the Rio Grande region, and he has repeatedly called on the federal government to beef up border security.

White House spokesman Josh Earnest said the White House has not yet received the formal communication required for Perry to deploy guard troops.

But he said if Perry follows through, he hopes those forces would be coordinated "with the significant ongoing efforts already in place."

The Rio Grande sector, where most of the immigrant children are turning themselves into the border patrol, has a large number of agents but it is also the largest crossing.

Both Perry and Obama have the authority to deploy National Guard troops, but whoever authorizes it has to pay for it. The deployment at Perry's direction means Texas will have to pick up the price tag of $12 million per month.

One border sheriff, Omar Lucio of Cameron County, said he is skeptical of Perry's plan.

"At this time, a lot of people do things for political reasons. I don't know that it helps," he told the Dallas Morning News.

Conservatives largely point to border security as their top immigration priority and Perry has been an outspoken proponent of securing the border since the influx of immigrants began.

The potential 2016 presidential candidate previewed his plan in Iowa over the weekend in a television interview while campaigning for Republican candidates.

He has used the issue to remake his image on immigration. His previous White House campaign was crippled partly because of a law he signed giving children of undocumented immigrants in-state college tuition.

Obama asked for $3.7 billion in emergency funds to address the influx of young immigrants, which hasn't gained much traction in Congress. It includes money to fortify the border.

The House and Senate are working on their own plan, which includes a controversial proposal to change a law that prohibits the youth, mostly from El Salvador, Honduras, and Guatemala, from being immediately deported.

The Obama administration questioned Perry's motives since many of the minors are not trying to evade the border patrol but are turning themselves in after crossing the border.

But Perry said the guard will be "force multipliers," helping Customs and Border Protection agents both on the ground and in the air to catch the 80% of people crossing the border who aren't children and to combat cartel and trafficking crime.

"You cannot have (national security) without border security," Perry said.

At the same time, resources for border security have steadily increased: More than 18,000 agents patrolled the border in 2013 compared to 10,000 a decade ago.

And the amount spent on border security has more than doubled. The Customs and Border Patrol budget jumped from $5 billion in 2002 to $12.4 billion this year.

The issue has hit a national nerve. Protests have erupted along the border with activists demanding immediate deportation. Counter protests have also erupted, pointing out that many of the migrants are said to have fled violence at home.