How long will it last? Gaza conflict by the numbers 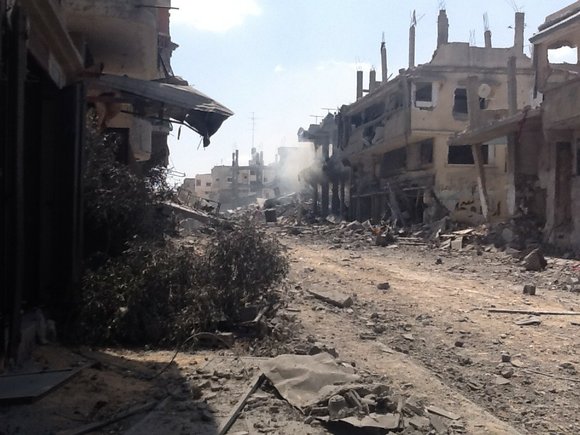 For all the talk of a possible cease-fire, residents of Israel and Palestinians in Gaza are living under a daily barrage of attacks. More than 1,200 Palestinians have been killed, as have 53 Israeli soldiers and three civilians in Israel.

Israel said it has wiped out the majority of Hamas' rocket supply, but the fighting shows no sign of abating.

"If the enemy has not had enough of our strikes, our fighters have a lot to surprise the enemy's leaders and its special forces," Hamas said Tuesday in an online posting.

The goal "can be achieved diplomatically or militarily or a combination of them both," he added. "But we will continue until that goal is achieved."

Just what it would take to stop Hamas militarily -- and whether that's even possible -- remains unclear. Some key numbers:

32 -- The number of tunnels Israel uncovered in Gaza as of Monday. Israel does not know how many more it may find. "There are still chances that there are tunnels that we have no knowledge about that are already inside Israel," Israel Defense Forces spokesman Peter Lerner told CNN Tuesday. "We're operating in order to locate them."

Each tunnel costs $3 million, according to the Israeli military. And for all the destruction wrought on Gaza, militants could still build more in the future. Hamas is the controlling government in Gaza.

10,000 - The number of rockets Israel estimated Hamas to have in its arsenal when the hostilities began. Militants have launched more than 2,600, according to the Israel Defense Forces. And the IDF has struck more than 3,000, IDF spokesman Lt. Col. Peter Lerner told CNN on Tuesday. "So our assessment is they're depleted around 60% of their capabilities," Lerner said.

But given that Israel has found more tunnels than it expected, it's possible militants have more rockets than Israel realized, as well. And while many are smuggled in from Iran and Syria, many others are homemade, notes Michael Eisenstadt of the Washington Institute for near East Policy. "You can always find, from the rubble, pipes that can be cut. And you can always scrounge ingredients to make propellant," he says. These rockets might be less effective, but militants will always "be able to reconstitute their rocket force in some way," he says. "So you never get to the point where you slap your hands and say, 'Mission accomplished.'"

Bombing workshops where many rockets are made might prevent militants from producing longer-range rockets that threaten people beyond southern Israel. But "you'll never be able to bomb them to the point that they can't produce" the cruder rockets, Eisenstadt said.