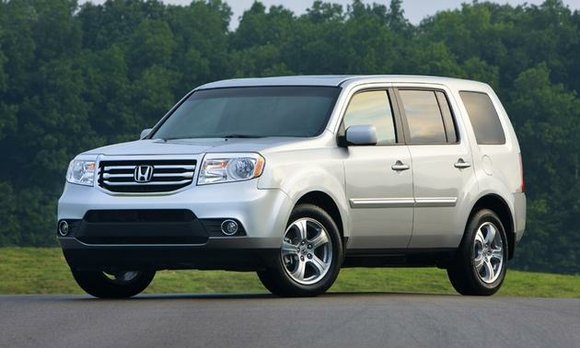 The Pilot falls right in line with the pricing of the Dodge Durango and Chevy Traverse, its closest competitors. The Traverse seats eight; the Durango seats only seven, but it's also the only to offer a V8. The Chevy Tahoe and GMC Yukon would be a step up, size wise.