Daily Editorials: Who's Really in the Driver's Seat? 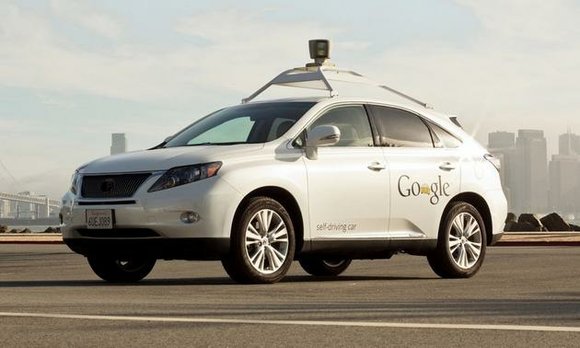 Google, in a remarkable feat of engineering, has unveiled a prototype for a driverless car. While we should celebrate and encourage such technological innovation, we must also be mindful of the potential abuses and unintended consequences of the technology.

In a post on Google's official blog, the company hailed its self-driving car project and revealed a plan to build about 100 copies of the prototype and test them over the summer. A video showed passengers, including an apparently blind man, riding in a small car with no steering wheel, accelerator or brake pedals.

"If all goes well," the post noted, "we'd like to run a small pilot program here in California in the next couple of years."

The Google post states that the prototypes "have sensors that remove blind spots, and they can detect objects out to a distance of more than two football fields in all directions." Considering that human error accounts for some 80 percent to 90 percent of traffic accidents, the more driverless cars there are on the roads, the more accidents may be reduced.

But, as with other new technologies, there is also great potential for abuse. How secure will be the data and wireless transmissions, for example? Could someone track your every movement, or even remotely take control of your car? Would police (or hackers/robbers with ill intent) be able to force your car to a standstill? Could governments prevent you from going above a certain speed?

There also are social implications. Google wonders at the possibilities of driverless cars: "(D)runk and distracted driving? History."

However, there are unintended consequences whenever individuals give up responsibility. It would be great if driverless cars could keep someone who had had a bit too much to drink from getting behind the wheel, but it also might encourage excessive drinking since people would no longer have to worry about driving home.

These concerns are no reason to restrain developing the technology, however. It is only when people are free to create, unhindered by governmental mandates and regulations, that the greatest inventions and improvements to the quality of life of society at large will occur. There also are the circumstances that will best allow others to solve the problems created by the unintended consequences or abuses of new technologies.