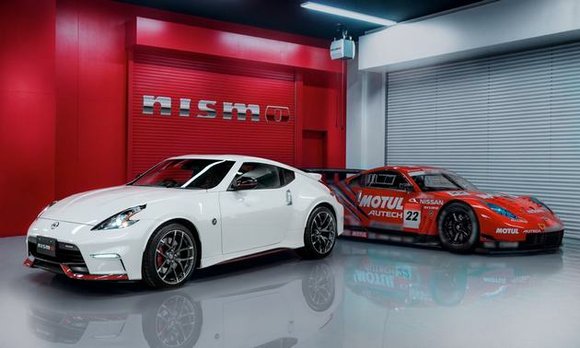 U.S. light-vehicle sales -- led by big gains at Nissan, Toyota, Chrysler and General Motors -- rose 11 percent to 1.6 million in May as a raft of discounts and extended holiday deals drew consumers to showrooms.

The annualized pace of sales shot up to 16.8 million. That's the highest rate for the seasonally adjusted annual rate since July 2006 and marked the third consecutive month the SAAR has topped 16 million after a weaker-than-expected start to the year.

“Industry sales in May soared as consumer confidence improved and demand for new vehicles continued to strengthen,” said Bill Fay, Toyota division group vice president and general manager. “May was just one of those months where everything came together with five weekends, an early Memorial Day and an extra selling day.”

The SAAR had been forecast to come in at 16.1 million, according to analysts' estimates. In May 2013, the figure was 15.5 million.

GM's U.S. sales rose 13 percent last month despite an escalating recall crisis that has dogged the company since February.

All four of GM's brands increased sales as the automaker posted its biggest monthly gain of the year. Nissan, Toyota, Mazda and Chrysler Group also tallied their biggest gains of 2014 with double-digit increases. Hyundai Motor America advanced 4 percent, and Ford Motor Co. was up 3 percent.

GM's increase was double what had been projected by analysts. After a sluggish start, the automaker's sales are now up 2.8 percent for the year.

“There's some risk associated with the recalls, but it hasn't been evident in GM's sales numbers so far,” Jeff Schuster, senior vice president of forecasting for researcher LMC Automotive, said before today's results were released. “The jury is still out, but at this stage, it's not derailing their momentum.”

Chevrolet led GM with a 14 percent gain, followed by Buick at 11 percent. GMC was up 8 percent, while Cadillac advanced 6 percent.

Nissan Motor Corp. reported a 19 percent rise in May sales -- its second straight month of double-digit gains. The Nissan brand set a May record of 125,558 units sold, up 18 percent, and Infiniti volume advanced 31 percent to 10,376.

The Altima, Sentra, Rogue, Versa and Juke -- all core models -- each set May U.S. sales records. Overall, the Nissan brand has now set sales records in 14 of the last 15 months.

“Car sales are heating up as we head into summer,” Fred Diaz, Nissan's senior vice president for sales, marketing and operations, said in a statement.

Three core models -- the Accord, Civic and CR-V -- helped Honda Motor Co. to a nine percent increase in May sales. Deliveries rose 10 percent at the Honda division and 2 percent at Acura. Honda officials, noting the launch of the all-new Fit this month, said the brand remains well-positioned heading into the second half of the year.

Jeep sales have now jumped 30 percent or more for seven straight months. May also marked the first month ever that Jeep's U.S. volume has topped the 70,000 mark, Chrysler said.

“Our dealers reported brisk May sales over five weekends and the Memorial Day holiday,” Reid Bigland, head of U.S. sales operations for Chrysler Group, said in a statement.

Hyundai Motor America set an all-time monthly sales record in May of 70,907 units, up 4 percent over May 2013. The company cited gains of 20 percent or more in sales of the Tucson, Santa Fe, Genesis and Equus.

Audi, aided by the redesigned A3, said deliveries rose 26 percent to 16,601 vehicles, which is the brand's second-best month ever and its 41st consecutive month of record sales.

Sales at Mitsubishi Motors Corp., driven by the Outlander Sport and revamped Mirage, rose 54 percent. It was the third consecutive month the company's deliveries surged by 47 percent or more.

“We are enthused that new-car shoppers are taking notice of our brand, and we are not going to let up in June,” said Don Swearingen, executive vice president for Mitsubishi Motors North America.

U.S. light-vehicle sales for the month were projected to rise 6.5 percent to 1.54 million, based on a survey of analysts by Bloomberg. But that estimate proved too conservative.

May deliveries were aided by five weekends of sales and generous Memorial Day deals that were extended through Monday, June 2, the cutoff point for last month's sales count.

TrueCar estimated the average incentive per new unit sold last month rose 1 percent to $2,677 from May 2013, and jumped 3.5 percent from April. Hyundai-Kia, Honda and Volkswagen Group posted the biggest gains in deals over May 2013, while incentives dropped at Chrysler and Nissan, TrueCar said.

Mazda was another automaker that reaped dividends from strong holiday shopping: sales rose 23 percent to 29,731 vehicles.

“Despite the economy being anyone's guess these days, with GDP down and durable goods orders off, we see consumer confidence looking strong and shoppers turning into buyers, and the proof of this is the results we saw across the industry,” said Ron Stettner, vice president of sales for Mazda North America. “Memorial Day was huge for us, and we feared a slowdown toward the end of the month that never happened.”

“We use database mining through a software program to contact customers to put them into a new or newer car for close to the same monthly payment. It's worked well for us, has helped our sales immensely,” Foote said. “Honda had a fantastic program on their core products [the Accord, CRV and Civic], strong lease programs and finance programs.

“Business is fabulous,” Foote added. “We had a long winter, so it's well deserved.”

Sales at GM had been forecast to rise 6.4 percent by analysts surveyed by Bloomberg, despite a raft of recalls this year, including 2.59 million small cars for a faulty ignition switch linked to 13 deaths.

Analysts said U.S. buyers see the spate of flaws as a legacy of the company's past rather than a defining condition of GM today.

“Shopper consideration for every GM brand has remained consistent through the recall headlines,” Edmunds.com senior analyst Jessica Caldwell said. “Many people may not realize that GM is the parent company of these brands, but others may be overlooking the trouble with older models and simply seeking shiny new sheet metal that serves their needs.”

Ford, facing a comparison to a strong May last year, managed its 3 percent increase against an analyst forecast of a slight decline.

At Machens Chrysler Doge Jeep Ram in Columbia, Mo., sales manager Mark Winstead said the dealership spent a lot of money on advertising in May and was counting on robust sales to offset that spending.