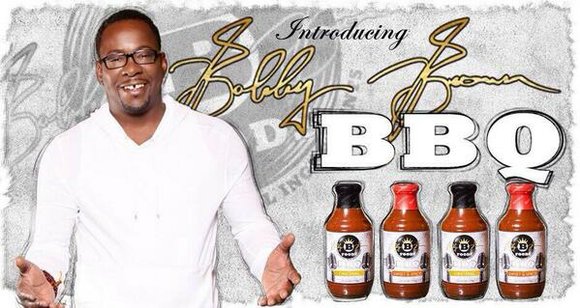 Fun fact: Bobby Brown is the King of R&B AND BBQ! Who knew? From the looks of his new BBQ sauce line he is about his business.

He’s offering up sauces and seasonings and stainless steel (oh my!) on his official site so you’ll be ready for the summertime.

Come to Bobbybrownfoods.com and see how to get a taste of my All Natural BBQ sauces and seasonings. http://t.co/rGZTBadez4—

With all this, here are five things we learned from Bobby Brown Foods.

He remembers the little people

He’s giving out autographs with each pre-order. So in case you no longer have your 1988 New Edition official fan club memorabilia, now’s your chance to get the John Hancock from one-sixth of Boston’s finest.

He wants to give back

Well, he’s going to give tips and recipes that is. According to the site, he’s got family recipes that’s been around for decades, and he’s ready to share. The recipes aren’t up yet, but the way he’s cutting up those peppers in that photo shows he means business. We better taken those future recipes seriously.

Anyone who wears white when they’re cooking with BBQ sauce clearly has no worries. And he can go straight from the cookout to the all-white party. You know black folk love a good all-white party.

Would you try the Bobby Brown BBQ sauce? Let us know!