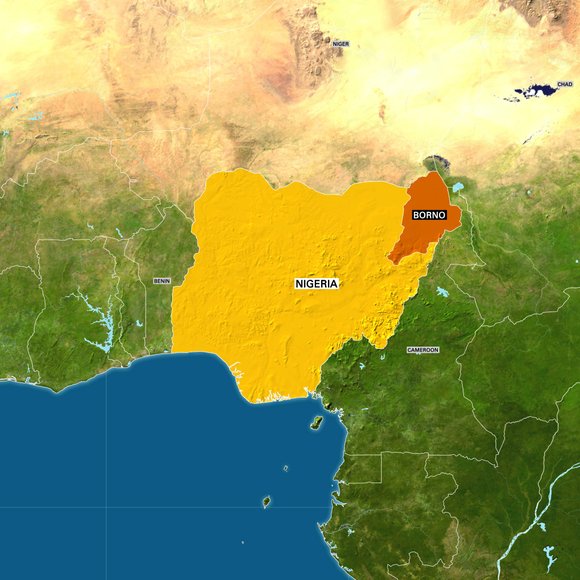 They also burned a local traders market, several homes and a church, said residents who survived the Sunday attack on the remote Christian village of Daku in the district of Askira Uba.

This is the latest raid in northeast Borno state near Chibok, where militants from the Islamist group shocked the world when they kidnapped nearly 300 Nigerian schoolgirls two months ago.

"The gunmen looted food items and money left by traders while fleeing the attack," eyewitness and resident Andrew Musa said of Sunday's violence. "They pursued people who attempted to flee into nearby bushes and shot them."

"We recovered 15 bodies from the bushes after the attack, including that of the village chief," he added.

In neighboring Yobe state on Sunday, gunmen on motorcycles stormed a mosque in Gumsa village during prayers and abducted the local chief, residents said.

"The gunmen burned the police station and a telecommunications mast in the village before fleeing into the bush with the chief," resident Kaka Bunu said.

Boko Haram has terrorized Nigeria's Borno state in recent years, in an effort to create an Islamic state.