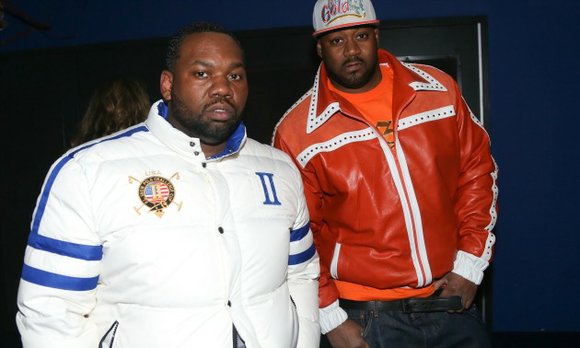 One Hip-Hop loving couple wanted to instill the values of the Shaolin warriors into their twin sons very early on. A couple recently named their newborn twin boys after members of legendary Hip-Hop group Wu-Tang Clan. The couple named their sons after Raekwon and Ghostface.

Raekwon the Chef posted a photo of the twins on his Instagram account. At first people thought it was a hoax, but when they noticed the children’s birth certificates at the bottom of the picture, they realized this was a very real thing. “This is live, family named their twins Raekwon & ghostface!!! #wu4thebabies,” Rae captioned.

This couple naming their children after Raekwon and Ghostface proves how indelible the mark they left on Hip-Hop. Which brings us to the good news that Raekwon has squashed his beef with the other members of Wu-Tang to finish up their much-hyped one of a kind album “Once Upon A Time In Shaolin.” The project is being called one of a kind because that’s exactly what it will be. One copy of the album will be produced.

I say then one copy of “Once Upon In Shaolin” should go to Baby Raekwon and Ghostface Lieberman. (Yes, Lieberman is the family’s last name.) That would be the dopiest birthday gift they could ever receive.