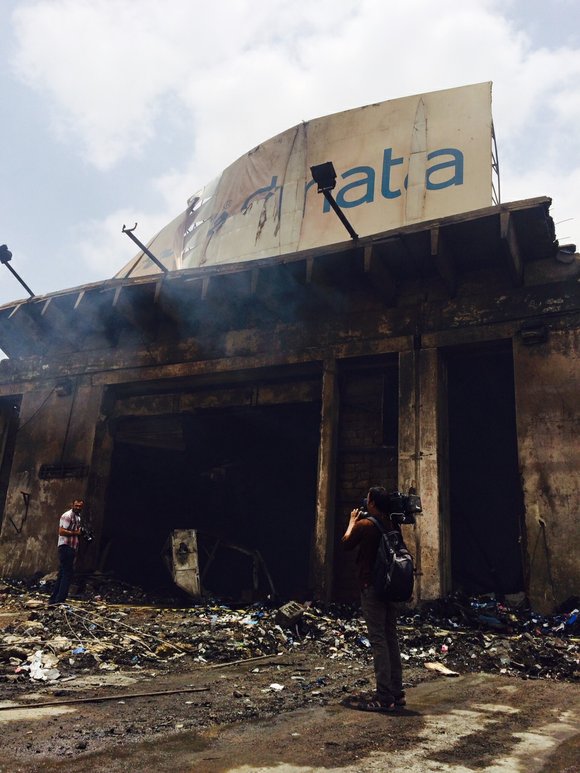 Pakistan on Sunday launched a military operation in a restive province near the border with Afghanistan in an attempt to "finish off" militants in the area "once and for all," Defense Minister Khawaja Asif told CNN.

Asif said the operation, which included airstrikes early Sunday, was the government's second option, but negotiations with the Pakistani Taliban failed.

On Monday, the Pakistani Taliban issued a statement calling on all foreign-run businesses, international airline companies and multinational companies to "wrap up their affairs (and) leave Pakistan immediately."

The statement was issued by spokesman Shahidullah Shahid in response to the military's operation.

Shahid said the Pakistani Taliban will meet any military operation with an equally damaging response and that "the government will yearn for talks and peace but will realize that it is now too late."

Pakistan's Prime Minister Nawaz Sharif defended the operation to members of parliament on Monday, saying that the government had tried patiently to pursue peace talks.

"On one hand we were pursuing dialogue, and on the other we were being targeted. We were pursuing talks, but from Islamabad courts to Karachi airport we were attacked."

Sharif vowed that the operation would continue until terrorism is eliminated from Pakistan.

Six soldiers were killed and three were injured Monday in an IED explosion, according to Pakistan's military.

Two soldiers died in an exchange of fire that killed seven terrorists who were trying to flee, the Defense Ministry said.

Earlier the military released a statement that said 50 suspected terrorists were killed in the airstrikes. The air raids were based on intelligence about the presence of foreign and local militants who were linked to last week's deadly attack on the Karachi airport, the military said.

Asif said the Karachi airport attack was the "straw that broke the camel's back."

Pakistani Taliban sources said jets dropped five bombs on the Degan area of North Waziristan. The target was a meeting of Islamic Movement of Uzbekistan members, the militant group said, but added that the number of casualties was unclear.

"In this operation we will not differentiate between foreign and local militants," Asif said. "We are determined to finish them off, once and for all."

Most of the fatalities in the strikes were Uzbek fighters, the military said. The raid took place in Degan and Datta Khel.

Asif said the military hopes to conclude the offensive -- called Zarb-e-Azb in Urdu, which translates to "Strike of the Prophet's Sword" -- by the beginning of Ramadan on June 28. But it may take two or three months, he said, until "our land ... is free of this menace."

He said it is a Pakistani-only operation and the United States hasn't been asked to assist with drone strikes.

Northwestern Pakistan is home to loosely governed tribal areas. It's also a base for foreign fighters and a refuge for members of the Islamist militant Haqqani movement.

Last week, the Islamic Movement of Uzbekistan claimed it carried out the airport attack, which resulted in an hours-long siege and left dozens dead, including the assailants. The militants said the attack was carried out with the Pakistani Taliban.

There were reports that travelers were congregating in hotels and restaurants in towns like Bannu after being stranded due to a curfew that began Friday.

Asif said the government will help out residents.

"We are at war now. There will be inevitable fallouts," he said. "If there is blowback, we are ready and prepared to assist people who have had to flee from their homes."