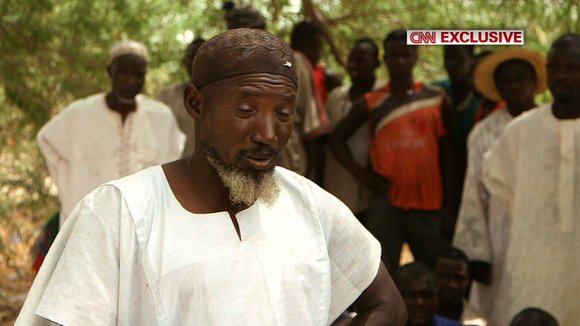 Dressed as soldiers, the gunmen invaded the village of Kummabza in Borno state on June 18 and held the people hostage for four days, the sources said.

After killing the 30 male villagers and looting food supplies, they whisked away 60 female hostages and set the village on fire with petrol bombs and explosives, a senior local government official said. Some of the kidnapped girls were between the ages of 3 and 12.

News of the raid was slow to emerge after insurgents bombed telecom masts, limiting communication. But details filtered out when residents left the village Monday after the insurgents withdrew.

"They took away 60 women, including small girls, after holding the village hostage for four days and killing 30 men," said the local official, who spoke on condition of anonymity for fear of reprisals from Boko Haram.

"They set the whole village on fire while they were leaving after carting away all the foodstuff from the barns," the official said.

Abba Aji Khalili, a vigilante leader in Maiduguri, said, "The survivors had to trek to nearby Lassa village 25 kilometers away and Madagali town in neighboring Adamawa state before people got to know what had happened."

Some villagers too weak to make the long trek were still in the village in "dire need of humanitarian assistance," Khalil said.

"They are facing a serious humanitarian challenge" because they have no access to food, water and shelter, he said.

Northeastern Nigeria is the home of Boko Haram, the militant Islamists who abducted scores of schoolgirls in April.

The militant group says its aim is to impose a stricter enforcement of Sharia law across Nigeria, which is split between a majority Muslim north and a mostly Christian south.