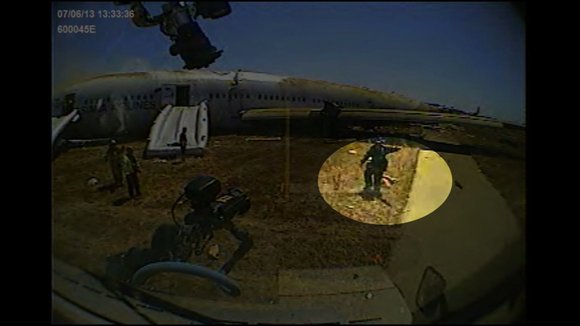 Pilots botched the approach and landing of Asiana Airlines Flight 214 in San Francisco nearly a year ago, causing a crash that killed three people and injured 187 others, U.S. safety investigators concluded on Tuesday.

But the National Transportation Safety Board also found that crew training and the complexities of a key flight system on the Boeing 777 and how it was described in operating manuals contributed to the July 6 disaster.

Investigators, however, primarily faulted the crew of the Korean-based carrier for not fully executing intricate systems of the jetliner packed with more than 300 people before it struck a seawall and careened down Runway 28L trailing sparks and debris.

In a final report on its probe, the board found that the flight crew mismanaged the plane's descent being carried out without the help of navigational instruments and one of the pilots unintentionally deactivated a system that automatically regulates airspeed.

The crew also delayed its decision to abort the landing with the plane flying too slowly to avoid catastrophe, investigators found.

The final conclusion was largely in line with early assumptions of investigators facing the most serious commercial airline crash in the United States since a Colgan Air commuter plane fell out of the sky over Buffalo, killing 49 people in February 2009. Crew actions were also singled out in that accident.

Aviation experts agree that aircraft automation has made flying safer, and the 777 is one of the most sophisticated jetliners in service.

"But the more complex automation becomes, the more challenging it is to ensure that the pilots adequately understand it," Christopher Hart, the acting safety board chairman said in a statement. "In this instance, the flight crew over-relied on automated systems that they did not fully understand. As a result, they flew the aircraft too low and too slow and collided with the seawall at the end of the runway."