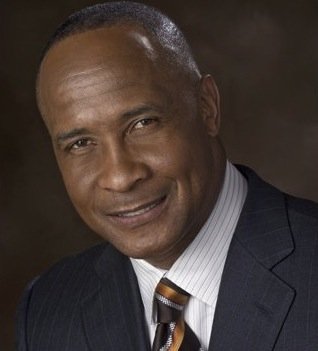 NFL Hall of Famer Lynn Swann, the former Pittsburgh Steelers Super Bowl MVP, traveled to Houston Monday to urge the Federal Communications Commission to keep in place the NFL Blackout Rule that prevents local football games from being broadcast if they are not sold out within 72 hours of the kick-off.

"The blackout rule is beneficial because it encourages a full stadium, which helps fire up the home team. I know if the fans fill the stadium the team is motivated and plays a better game. The city, county and local community benefit from the private and publically owned stadium being full because revenue is generated to keep the stadiums in business and local restaurants and other facilities around the stadiums are fired up from fans and their families celebrating the success of their local teams doing well," Swan said to the Greenway Plaza area Metropolitan Chamber of Commerce.

As a 1974 rookie Swan led the NFL with 577 punt return yards, a franchise record and the fourth most in NFL history at the time. He went on to win a championship ring with the Steelers in Super Bowl that year and the following season became the highlight of his career when he caught 49 passes for 781 yards and a league-leading 11 touchdowns.

In his second season he played for Super Bowl X where he recorded four catches for a Super Bowl record 161 yards and a touchdown in the game, assisting the Steelers to a 21-17 win and becoming the first wide receiver to earn Super Bowl MVP honors.

Swan celebrated a 30-year career in broadcasting but still believes the blackout is crucial because "first and foremost a team should be seen by the fans in the stands."

Swan is traveling the country protesting the changing the sports blackout rule after 38 years.

"Swan challenges the FCC, "I strongly oppose any change in the rule. We are on pace for a historic low number of blackouts since the policy was implemented 40 years ago. It has truly affected very few games the past decade, the blackout rule is very important in supporting NFL stadiums and the ability of NFL clubs to sell tickets and in keeping our games attractive as television programming with large crowds."