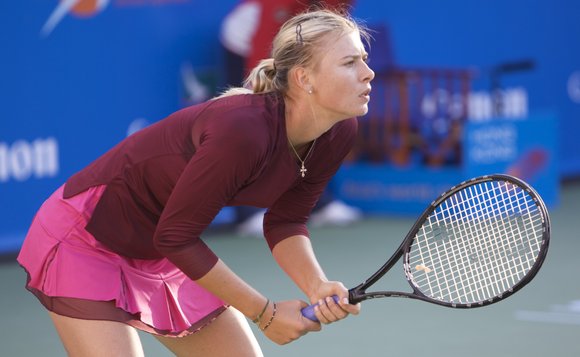 Being top of the tennis tree can make grand slam predictions a little predictable, especially if your name is Serena Williams.

The world No. 1 breezed into the third round of Wimbledon Thursday with a 6-1 6-1 victory over South African Chanelle Scheepers.

The demolition lasted just 49 minutes and was more than enough to confirm Williams' status as favorite for a sixth Wimbledon crown.

"I'm always the favorite," the American told reporters at the All England Club.

"It's been that way for the last three years and maybe years before that. So it can create pressure. But it's OK -- I'd rather it was that way."

Being the favorite, and defending champion, did not help Williams at last month's French Open, where she crashed out in the second round.

The 32-year-old is now taking a softly-softly approach to the British grass court tournament, as she aims to finally claim her 18th grand slam to tie with legends Chris Evert and Martina Navratilova.

She next faces French 25th seed Alize Cornet, who won their last meeting on hard courts in Dubai this year but lost their first three encounters.

"I don't want to feel great necessarily right now because hopefully I have several more matches I can play," said Williams.

"The goal for me is just to feel a little better every day. I feel there's some things I still want to work on to hopefully stay in the tournament."

It was a case of once bitten twice shy for men's second seed Rafael Nadal on Centre Court.

Spain's world No. 1 lost the first set to Czech Lukas Rosol, who dumped him out of the tournament in 2012, and found himself heading for a repeat at 2-4 down in the second.

But the 2008 and 2010 Wimbledon champion regained his composure and pulled himself back into the match.

He roared with delight as he sealed a 4-6 7-6 6-4 6-4 victory to reach the third round for the first time since 2011, setting up a clash with Kazakhstan's 63rd-ranked Mikhail Kukushkin.

"I was just trying to fight," said nine-time French Open winner Nadal. "I was waiting for my moment, trying to find my moment.

"He was serving very well -- that always happens on the grass. That second set was very important for me. To be two sets down against a player like Rosol is very dangerous."

Roger Federer cantered into the third round after his match with Gilles Muller was interrupted to close the roof on Centre Court as a late evening shower washed London.

When the players returned under lights, Federer didn't waste any time. The seven-time Wimbledon champion wrapped up a 6-3 7-5 6-3 victory over the Luxembourg qualifier.

The Swiss star will meet either Spain's Marcel Granollers or Colombian Santiago Giraldo next.

Federer was satisfied to advance after last season's shock second-round defeat to Ukraine's Sergiy Stakhovsky, who is also into the third round.