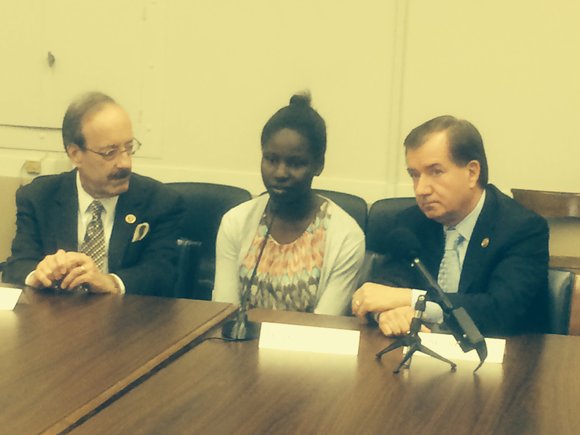 A series of Boko Haram raids on four villages in northeast Nigeria's Borno state has killed more than 50 people and destroyed more than 300 structures, including five churches, a government official said.

On Sunday, gunmen on motorcycles stormed the Christian villages of Kwada, Ngurojina, Karagau and Kautikari near Chibok, the scene of the April 14 abduction of more than 200 schoolgirls, opening fire on residents and hurling explosives into homes and churches.

Kwada was the worst affected. There, the attackers razed the village and its five churches during the attacks, which lasted five hours.

"We lost 54 people in the Sunday attacks on the four villages carried out by Boko Haram insurgents, who also destroyed over 300 homes," a senior Borno state government official said.

The official asked not to be named because he was not authorized to give a death toll.

"In Kwada, 36 bodies were recovered, making it the worst hit," the official said.

In the bush around the villages, which lie within 10 kilometers (6 miles) of Chibok, search teams looked for bodies late Sunday through Monday.

The gunmen pursued fleeing residents into the bush and shot them dead, according to residents.

A community leader in Chibok, who asked not to be named for fear of reprisals from Boko Haram, said 47 bodies were recovered by Monday morning and search teams were still combing the bush for more.

On Sunday, 30 bodies were recovered, according to a Christian priest in Chibok.

Barnabas Tanko, a member of a local defense group in Kwada, said the attackers faced resistance in Kautikari, where six of them were killed.

Residents said a slow military response was responsible for the high death toll and massive destruction to homes as the attackers wreaked havoc for five hours before a military jet arrived.

The attacks started around 8 a.m. local time and continued until 1 p.m. without military intervention, Tanko said.

When they saw the fighter jet, the attackers disappeared into the bush, Tanko said.

A Nigerian government spokesman said the military and air force went to the area, though they were "a bit late."

Residents dismissed the claim as untrue.