August Alsina: Laying Out His Own Testimony 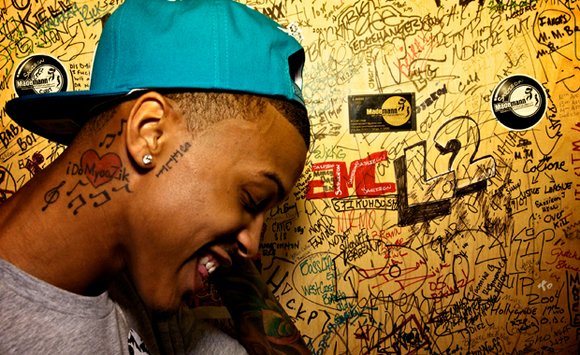 What seemingly "happens overnight" in terms of success for an artist; is more often than not, the result of years of work put in behind the scenes. At just 21 years of age, Louisiana native August Alsina seems ahead of his years, having transformed viral success into a viable career.

Alsina’s debut album for Def Jam Testimony lands on April 15th, a significant date in his life as the day also is the tragic anniversary of the murder of his brother. He may currently have his own issues with R&B singer Trey Songz but it hasn’t stopped Alsina from continuing down the path to his own stardom. Still riding high from his "I Luv It" sleeper hit, he slowed down long enough to let us in on a few matters including his ties to Houston, disdain for musical labels, and the future of his career, just before he’s set to jump on 2 Chainz’ 2 Good To Be T.R.U. tour.

Houston Style: Just out of curiosity, what prompted you to keep your own name rather than create one?

August Alsina: (laughs) I didn't want to think of anything. I'm a junior so it's up to me keep that tradition going.

HSM: You actually have ties to Houston, what is your connection to the city?

AA: I actually moved here after (Hurricane) Katrina before relocating to Atlanta in 2010 … went to Worthing. I lived in the Almeda Genoa area.

HSM: Have you considered working with any Houston artists?

AA: Of course. You automatically think of like Beyoncé since she's from Houston, but I really haven't had a chance to collaborate with any of the rappers here.

HSM: A lot of artists have found success after moving out of their own city, has the move to Atlanta assisted your career in any way?

AA: ATL really, really, supports their artists. They truly support what they do. With me being from N.O. (New Orleans) it's like I've had to work that much harder to be heard and get that chance.

HSM: You first gained attention from your YouTube postings; your rendition of "Hypothetically" did especially well. Do you think that social media has helped elevate you?

AA: Definitely. That buzz helped launch everything else. But I also think it was a combination of the grind; the hustle and my own ambition.

HSM: How do you compare yourself against other R&B artists in the game?

August: I actually don't like the term (laughs) so you probably shouldn't call me that. It's like a stereotype in a way. Don't label me; I just do what I do.

HSM: Growing up, who impacted you the most musically?

HSM: What's something about you that most people don't know about you?

HSM: Is there any paths outside of music that excite you?

AA: I would love the chance to get into acting. I think that shit is cool.

HSM: Testimony arrives next month, your official debut album with Def Jam. Who can we expect to hear on it and what's next on the horizon for you?

AA: Jeezy and Ross for sure. Once you hear it, you'll understand what I named it Testimony. It's self-explanatory. It's my story. I know what I put into it, now I just want people to hear it. I'm just going to keep going and kick off another tour.