Doctors Hope for Cure in a 2nd Baby With HIV 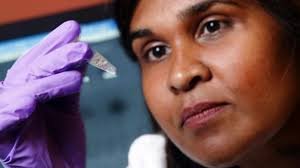 A second baby born with the AIDS virus may have had her infection put into remission and possibly cured by very early treatment — in this instance, four hours after birth.

Doctors revealed the case Wednesday at an AIDS conference in Boston. The girl was born in suburban Los Angeles last April, a month after researchers announced the first case from Mississippi.

That case was a medical first that led doctors worldwide to rethink how fast and hard to treat infants born with HIV. The California doctors followed that example.

The Mississippi baby is now 3 1/2 and seems HIV-free despite no treatment for about two years. The Los Angeles baby is still getting AIDS medicines, so the status of her infection is not as clear.

A host of sophisticated tests at multiple times suggest the LA baby has completely cleared the virus, said Dr. Deborah Persaud, a Johns Hopkins University physician who led the testing. The baby's signs are different from what doctors see in patients whose infections are merely suppressed by successful treatment, she said.

"We don't know if the baby is in remission ... but it looks like that," said Dr. Yvonne Bryson, an infectious disease specialist at Mattel Children's Hospital UCLA who consulted on the girl's care.