The Retrieval Playing at The Museum Fine Arts Houston 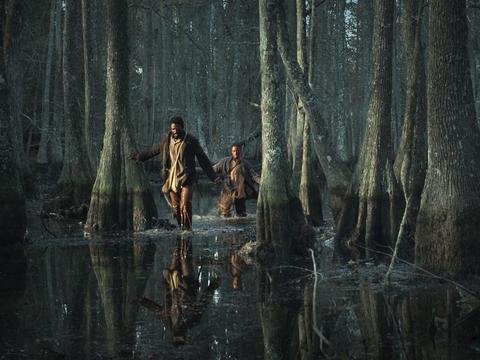 The pre-screening of The Retrieval will play on Friday, March 7th at 7pm at The Museum Fine Arts Houston.

The Retrieval at The Museum Fine Arts Houston.

The Retrieval Synopsis: On the outskirts of the Civil War, an orphaned boy is sent north by a bounty hunter to retrieve a wanted man under false pretenses. During their arduous journey back, the initially distant pair form an unexpected bond. And the boy is consumed with conflicting emotions and a gut-wrenching decision: betray the father figure he's finally found. Or, risk the same deadly demise as the man in his charge.

Set during the Civil War, this powerful drama tells the story of what happens when a boy and his uncle are sent north by a bounty hunter to retrieve a wanted man (Tishuan Scott).

Writer/director/editor Chris Eska was raised in the village of Ottine, Texas (pop. 98). He studied sociology and art at Rice University before attending UCLA's MFA film directing program. His short films have screened at the Coca-Cola Refreshing Filmmaker's Competition, Texas Filmmaker's Showcase, and film festivals worldwide. "Doki-Doki," his UCLA master's thesis film, premiered on the PBS series "Independent Lens" with an introduction by Susan Sarandon. His first feature, "August Evening," won the $50,000 Target Filmmaker Award and was nominated for two 2008 Independent Spirit Awards, where it took home the Cassavetes Award.

Actor Tishuan Scott was born in Shreveport, Louisiana. He attended Morehouse College in Atlanta, where he matriculated toward earning his bachelor of arts degree in drama and psychology. He then attended the UCLA School of Theater, Film & Television, where he received his master's degree in acting. He appears in the Andrew Bujalski film "Computer Chess," and he received SXSW 2013 Special Jury Recognition for his performance in "The Retrieval."

The pre-screening of The Retrieval will play on Friday, March 7th at 7pm at The Museum Fine Arts Houston.

The film opens in Atlanta on March 14th at Landmark Theater Midtown and in New York City on April 2nd at the Film Forum.