Transgender athlete sues CrossFit for banning her from competing as female 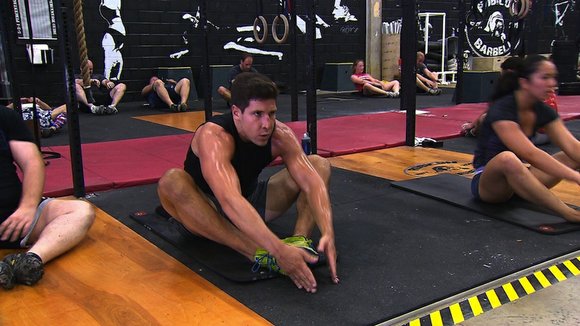 Men and women exercise at a CrossFit gym in Vienna, Virginia

A transgender woman prohibited from competing in a strength competition as a female is suing the fitness company sponsoring the competition, seeking $2.5 million in damages.

Last year, Jonnson sought to compete in the CrossFit Games, a contest aimed at determining the fittest man and woman.

According to the lawsuit, Jonnson has identified herself as a female since her teenage years and is legally recognized by California as a woman. She had sexual reassignment surgery in 2006 and has been on female hormone therapy, according to her lawsuit.

The lawsuit alleges that a CrossFit teammate of Jonnson's sent an anonymous e-mail to the games organizers asking about transgender athletes in the competition. CrossFit determined that competitors in the event had to compete in the gender of their birth.

Jonnson disagreed with its decision and the dispute has escalated to a lawsuit.

CrossFit maintains that Jonnson was born as a male, so she should compete in the men's division, according to a letter from the company's lawyer to Jonnson's attorney. It also stated that the company had an "obligation to protect the 'rights' of all competitors and the competition itself."

"The fundamental, ineluctable fact is that a male competitor who has a sex reassignment procedure still has a genetic makeup that confers a physical and physiological advantage over women," according to the letter from CrossFit's lawyer sent in October.

CNN reached out to CrossFit but did not get a response on Thursday. The letter from CrossFit was provided to CNN by Jonnson's attorney, Waukeen McCoy, who blasted the company's decision.

"(Jonnson) doesn't have an advantage over other women. She's been on estrogen for such a long time," he said about his client.

Hormone replacement therapy for transgender women includes anti-androgen therapy, which nullifies the effects of testosterone to reduce the masculine features of the body. Therapies can also consist of the hormones, estrogen and progesterone to feminize the body.

Transgender men receive the opposite types of hormones -- mainly testosterone to masculinze their bodies with features such as increased muscle and hair growth.

McCoy said that CrossFit should change its rules to be more like the International Olympic Committee, which allows transgender athletes to compete in their identified gender after undergoing sexual reassignment surgery.

"She's female," McCoy said about Jonnson. "She's legally female. A corporation like CrossFit, they're doing business in California. The law precludes from discrimination on gender identity."

He said Jonnson seeks a reversal in the competition's policy.

The lawsuit also alleges that CrossFit's policy of having to compete in a person's original birth gender, would require that transgender athletes would have to reveal their personal histories. In essence, that they'd have to "out" themselves, even if they sought privacy, the lawsuit alleges.

After her sexual reassignment surgery, Jonnson changed all her records to reflect her sex change to female, including her birth certificate, according to her lawsuit. Jonnson kept her background a secret and did not identify herself as transgender, according to the complaint.

In a press release statement, Jonnson said: "If I am going to be forced to out myself, I want it to be for the good for all transgendered people and athletes -- not because of a company's discriminatory policies."