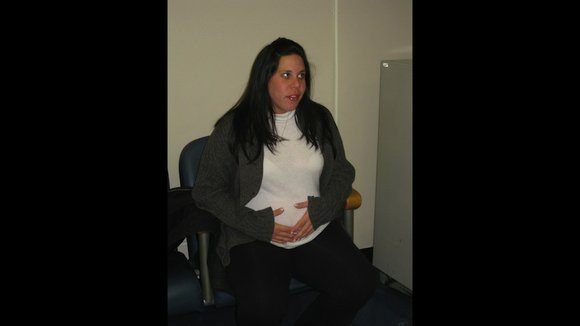 Alanna Gerwitz-Stern hadn't worked out a day in her life. She never watched what she ate, either. But after having her first son, Jacob, in December 2009, she couldn't seem to shake the baby weight.

Stern had gained more than 100 pounds during the pregnancy, reaching 230 pounds at 5 feet 6 inches tall. She hid under sweatpants, sweaters and athletic gear.

"I was embarrassed to even go to the gym," says Stern, 33. "I was so incredibly out of shape, and the people I was working out beside were so incredibly fit. I felt like a real eyesore when I would walk down the street."

Despite her best efforts to drop the extra weight, she had only managed to lose 10 pounds by the following May.

Core Concepts owner Joshua Lipsey says the idea behind his workouts is that your core -- made up of your abs, obliques, back and glutes -- is your origin of movement. A strong core improves posture and balance and decreases risk of injury.

The core is a major "problem area" for many people, Lipsey says. It's the spot men and women tend to notice extra pounds first. But because the core includes several large muscles, working it burns calories fast. As such, attacking the core can lead to quick weight loss results, Lipsey says.

After researching Lipsey's concept, Stern decided to walk in and introduce herself. That day, she signed up for classes and started to shed the extra pounds.

Lipsey had Stern visualize in front of the mirror, and she began to see the body she wanted. She says that built the motivation she needed to meet her weight loss goals.

"We envisioned what my waist, stomach and arms were going to look like, and we just stayed on that path until we were happy with the result," Stern says. "Josh never let me lose sight of how to get there."

Lipsey and Stern both emphasize that to see results, you have to change your whole lifestyle.

"If you think the hour that you go to the gym is what counts, it's really not," Lipsey said. "It's doing other things -- going for a walk with your dog, not hopping on the escalator at the mall -- there's all these little things."