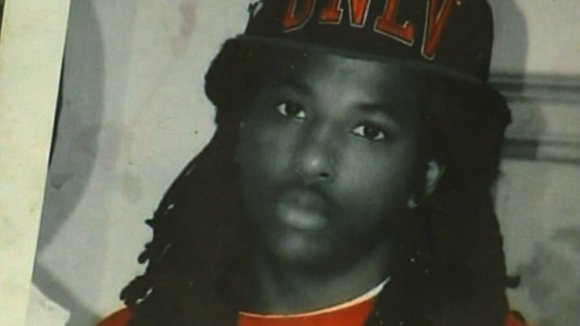 Federal authorities announce October 31, 2013 they will conduct a formal investigation into the death of 17 year-old Kendrick Johnson, whose body was found rolled-up inside of a gym mat on January 11, 2013 at his Valdosta, Georgia high school.

The Lowndes County, Georgia, Sheriff's Office does not believe an anonymous e-mail claiming that a former schoolmate confessed to killing Kendrick Johnson is credible, an attorney for the department told CNN on Thursday.

The attorney did not tell CNN why or how investigators determined the tip was not credible.

The determination was made after a Lowndes County assistant district attorney issued a grand jury subpoena to obtain identifying information about the sender of the e-mail.

CNN obtained the e-mail and the subpoena Monday, in response to a state Open Records Act request submitted to the Lowndes County Sheriff's Office.

The anonymous e-mail tip is dated January 27, 2014. The sender of the e-mail does not suggest he or she witnessed a confession; instead, the sender claims to have been told information by somebody who purportedly was aware of a confession in the 2013 death by one of the people implicated in the e-mail.

Johnson's body was found in a rolled-up mat in the Lowndes High School gymnasium on January 11, 2013. Investigators with the Sheriff's Office ruled his death accidental, concluding that he climbed into the center of the gym mat to reach for a shoe and got stuck.

According to an incident report provided to CNN by the Sheriff's Office, investigators interviewed two of four students identified by name in the anonymous e-mail on January 28.

Both students acknowledged they knew Johnson but denied any involvement in his death.

The incident report does not indicate whether the investigators attempted to speak with the two other students identified in the e-mail.

CNN is not naming the students mentioned in the e-mail because none of them has been named a suspect in the death of Johnson.

Lowndes County sheriff's investigators concluded that Johnson, 17, got stuck while reaching for a shoe at the center of the mat and that his death was accidental. The state's medical examiner agreed, citing "positional asphyxia" as the cause of death.

Kenneth and Jacquelyn Johnson believe their son was beaten to death and officials are "covering up a murder." An independent pathologist, hired by the parents, concluded that the death was the result of a homicide after finding evidence of "unexplained apparent non-accidental blunt force trauma" to Johnson's neck.

"If anybody has any information of a different opinion that they can provide to us, we're certainly open to looking at that. We're not closed-minded on this," Lt. Stryde Jones, supervisor of the Lowndes County Sheriff's Office's Investigative Division, told CNN in May.

The Sheriff's Office has received many public comments regarding Johnson's death since it closed its case on May 2. The grand jury subpoena is the first document provided to CNN that suggests the department has acted on any of those public comments.

"Although our case has been closed, if evidence comes forward, specifically testimony, then we're open to hearing that and certainly we'll act accordingly," Jones said.

Chief Assistant District Attorney Bradfield Shealy issued the subpoena to Mediacom Communications Corp. on January 28. The New York-based cable, phone and Internet provider was ordered to provide the Lowndes County grand jury with subscriber information associated with the e-mail sent through the Lowndes County Sheriff's Office's website, or submit the documents to the district attorney's office or Jones before February 26.

According to a Lowndes County Sheriff's Office incident report, the subpoena was faxed to Mediacom on February 7.

Last week, students from Lowndes High School and nearby Valdosta High School were among those who appeared before a federal grand jury in Macon, as part of the Department of Justice's investigation into Johnson's death. The U.S. attorney for the Middle District of Georgia, Michael Moore, launched the federal investigation on October 31.